In the debate on the authority of the King and of the Pope which analyzes the origins of the modern state, the theology on the Virgin Mary is particularly important, as the operative aspect of modern Catholic theology. In the discussion between Dominicans and Jesuits on the second Scholastic, there are various opinions regarding the Virgin Mary's role in the incarnation, thus the very idea of subject is also different. A difference in the concept of subject also entails a diversity in the notions of political and economic subjects, as it embraces legal capacities and those of ownership. For Francisco Suarez, and not for the Dominicans, Mary (a metaphor for the Church, for the Spouse, and for mothehood) was absolved from original sin at the moment of conception, and therefore enjoys the priviledge of being completely exempted from sin. The hegemony of priviledges constitutes a form of papal authority (after Trent exercised through the control of marriage) to which all fathers and sovereign are subjected in both the New and Old Worlds. Theology (according to Suarez) is separate from politics in the sense that it precedes and conditions in all its aspects politics, even before the very birth of the political dimension. 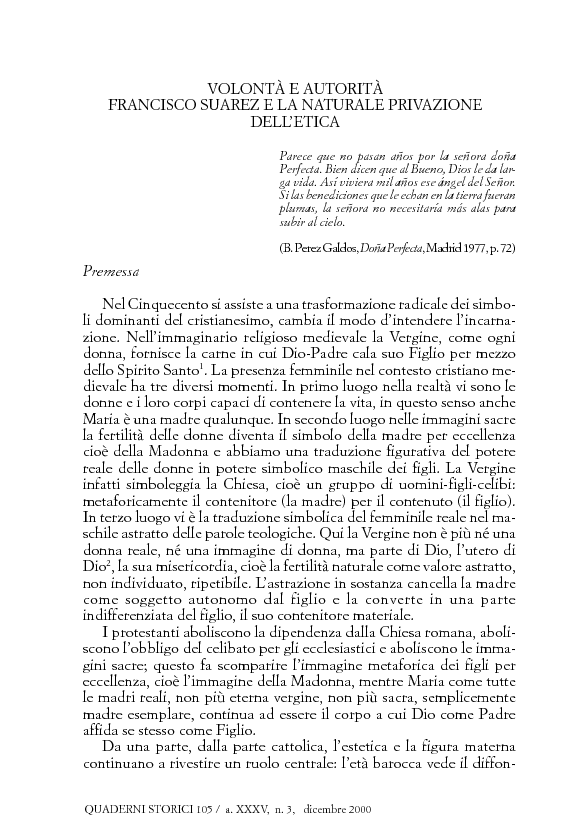