In the first half of the nineteenth century, wide reaching changes took place in the economic and financial life of Italy. It was also occurring in other countries, but in Italy it was giving rise to deeper political divisions. The administrative unification of the Kingdom of Italy had not solved any of the problems concerning the different types of paper money which remained in use, currency checking or the State's financial emergencies. Between 1844 and 1893, six banks issued currency in Italy. The task of solving such problems was the duty of the principal bank - first the "Banca di Genova", then the "Banca Nazionale nel Regno di Napoli" and at last the "Banca d'Italia" a joint-stock company (until 1936) governed by the capitalism of Liguria and Piedmont. The essay presents research on the presence and behavior of women, especially those who acquired bank shares. In order to attain this objective, it was essential to get hold of the sources preserved in the Historical Archive of the Bank of Italy and rebuild the names, families, places and numbers of shares, distinguishing them between free and locked up shares as a dowry. These women belonged prevalently to the aristocracy and bourgeoisie. They were richer and freer than one may suppose. If women traders asked for information and access to credit, widows often choose to keep or settle their investments for their sons. In any case, this was a clear indication that women had begun to aspire to action and that they had a growing awareness of their rights. 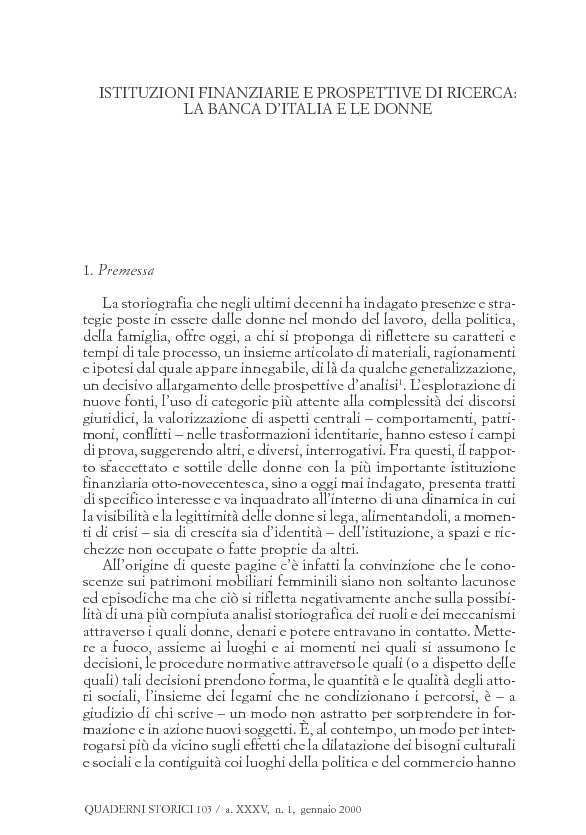