The largest in the Florence of the Grand Dukes, this hospital owned a not negligible urban estate, composed by almost one hundred and fifty real properties among houses, shops and other commercial buildings, all concentrated in the surroundings of the hospital itself, between the quarters of San Giovanni and Santa Croce. Two huge watermills on the Arno were also parts of the estate. This essay, based on the study of accounting records dating from late 16th to early 18th century, wishes to present some hypothesis and considerations concerning the share represented by this properties in the budget of S. Maria Nuova, and, more extensively, the role they played in its life. Information concerning the relationship between the hospital and his tenants will also be presented. On one hand, the purpose is to suggest a way to revise some criteria normally used to evaluate the efficacy of an economic management, whereas on the other the interlacement of interests and reciprocity at the basis of a contract of rent will be put into light. 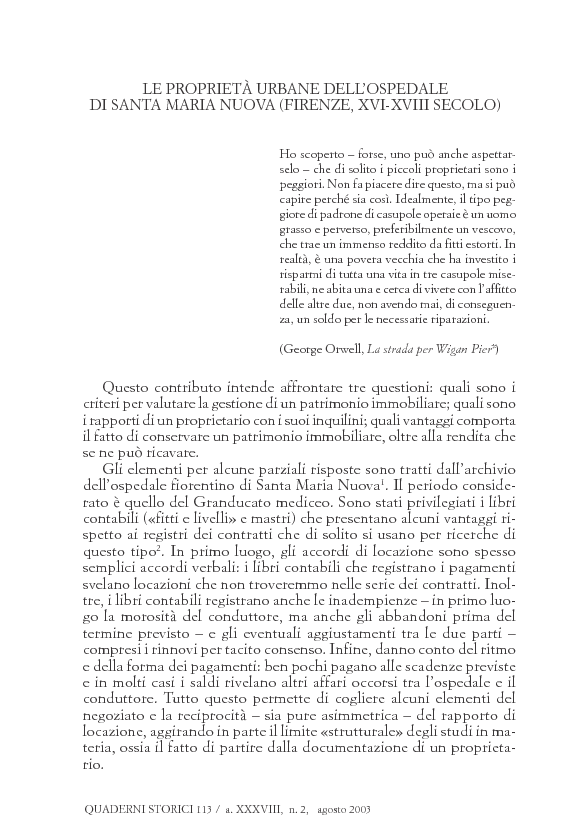