For cities in Africa confronted with a myriad of challenges, decentralization is often cited as a policy response. However, central governments’ approach to decentralization has largely been half-hearted, often a large set of functions and responsibilities are delegated to city governments but without adequate authority and resources. Using Ghana as a case, this article argues that the limited impact of decentralization on cities is largely due to limited autonomy, weak institutional coordination and colloboration, limited capacity and weak financing mechanisms of cities. 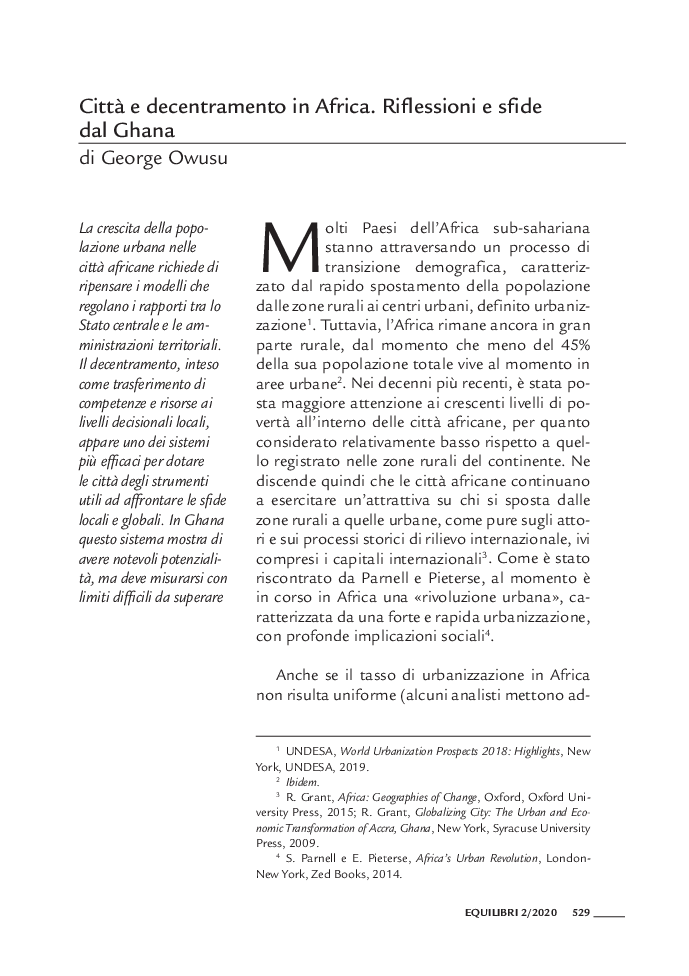