As one of the emerging powers engaged in Africa, Turkey has been expanding its commercial links and investments towards the continent. The country has also provided emergency humanitarian assistance especially in Darfur and Somalia. More specifically, Turkey tends to mobilize religion as a foreign policy tool. In this perspective, some countries (Muslim) such as Somalia, Sudan can benefit from Ankara's increasing role. However, under current conditions (weak states), several risks are looming: Turkey can be tempted to act unilaterally, Turkish companies could try to exploit weak economies, and Ankara can be instrumentalized by Sudanese or Somali political elites. 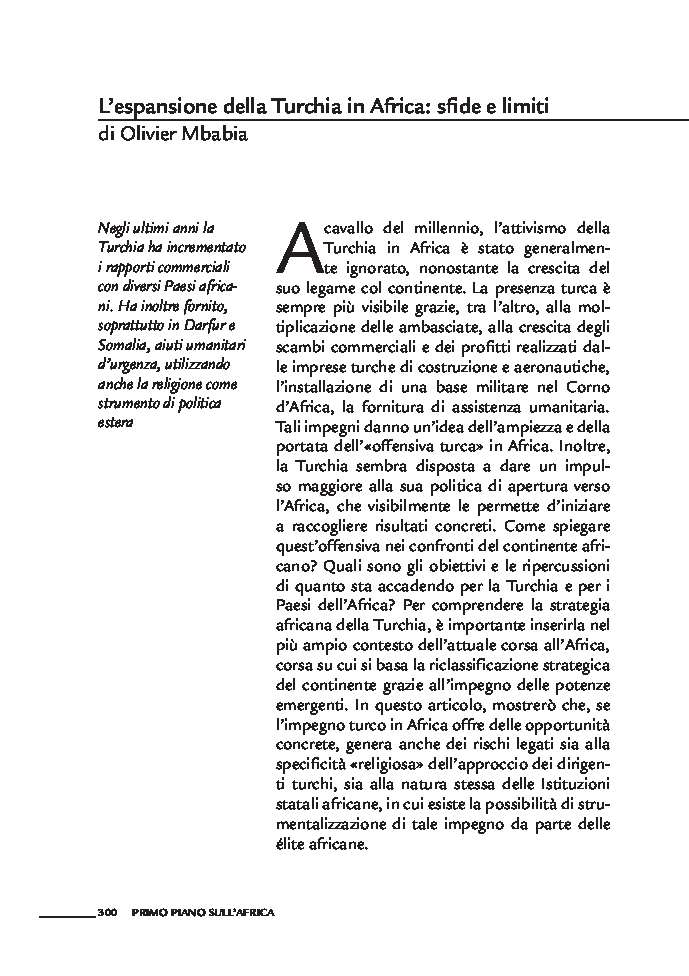