This article is a short presentation of the interview to Gilles Kepel, published in this same issue. The power of ISIS is waning in the Middle East, while the Russian influence is set to grow. Trump's victory is likely to determine a shift in the US foreign policy in the region, while the Arab state is recovering from its crisis. Informed by recent developments, and fed by a deep knowledge of the history of Arab movements, from the expected renaissance ("nadha") to the collapse of Pan-Arabism and the failure of most of the democratic revolutions launched from 2011, Gilles Kepel analyses the complex chessboard where "fitna", the war within Islam, is conducted today, not only between Sunnis and Shias, but also between radicals and reformists, between the Muslim Brotherhood and the Salafists, between the Saudi Wahhabis and Daech, the new threat. Classes and clans, States and non-state actors are at play, along with regional non-Arab powers (Iran, Turkey) and external powers, the US, Russia and the European States. This context of turmoil generates massive movements of refugees going to Europe, which is seen by Daech as the soft belly of the West, and an easy target for home born terrorists. For the time being, no strong mobilisation project seems to emerge for getting out of the impasse, be it in the Middle East, as the Syrian chaos testifies to, or in Europe itself, where Islamophobia is more and more mobilised by populist parties, for electoral gains. 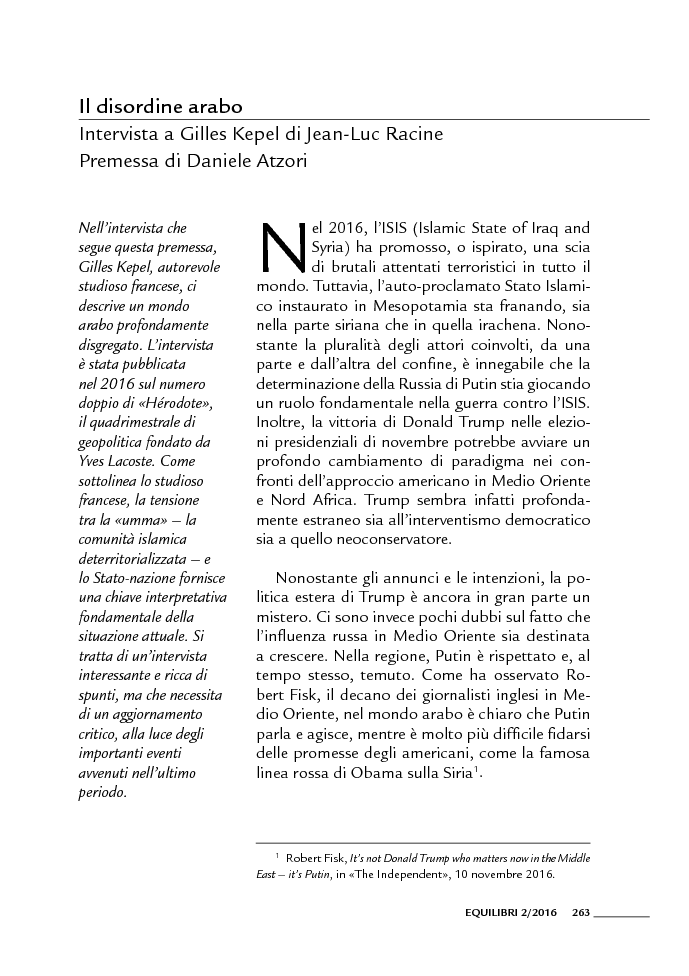