A common trait of the Mediterranean is to be a hot spot for climate change: temperature increases and the associated impacts are expected to be higher there than in other regions of the world. Country climate vulnerabilities will not be uniform though. Different exposures, sensitivity and adaptive capacity will boil down into relatively manageable albeit negative economic consequences in the Euro-Mediterranean countries and into huge losses in the North African region. This points out the two key features of climate change, characterizing the Mediterranean situation. It exacerbates preexisting criticalities threatening development of poorer countries, it increases inequality thus potentially fueling conflicts and tensions that can spread also in the richer North. It is thus not a case that the recent Paris COP 21 that tried to indicate a new path towards potential solutions, saw a starring role of the Mediterranean countries. Ambitious emission reduction goals have been set not only by the European States, but also by important middle income countries of the Southern shore. At the same time, the Paris COP addressed the issue of adaptation and support to adaptation which emerged as primary needs for all the middle-low income countries in the area. The challenge is now to put in practice what agreed in Paris for 2030, that at the moment remains purely voluntary, and then strengthen those commitments to reach the aspirational goal of the 1.5°C temperature stabilization. All this considering that climate change policies are not just costs, but rather investments enabling a balanced and sustainable development, especially in a hugely interconnected area like the Mediterranean. 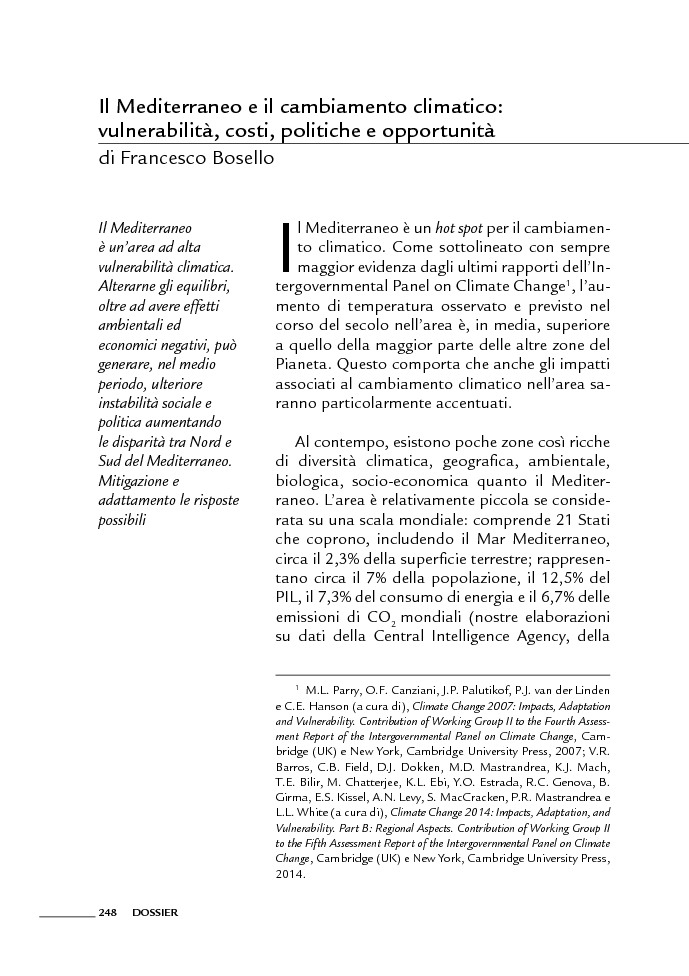