Business has always kept a low profile in the climate change debate. Over the past year, however, both the oil&gas sector and policymakers have changed their approach toward this issue. Awareness has arisen that the involvement of the energy sector, and not its demonization, is a key step toward a low-carbon economy. This is why the main European oil&gas companies, ENI, BG Group, BP, Royal Dutch Shell, Statoil, Total - have made known their position in a letter signed by their managing directors and addressed to the Executive Secretary of the UNFCCC, to the President of the UNFCCC COP and to the governments of countries all over the world. The aim of the letter is to support a global agreement and to request the introduction of global carbon-pricing systems in order to avoid competitive distortions and to create a clear, stable and ambitious legal framework. 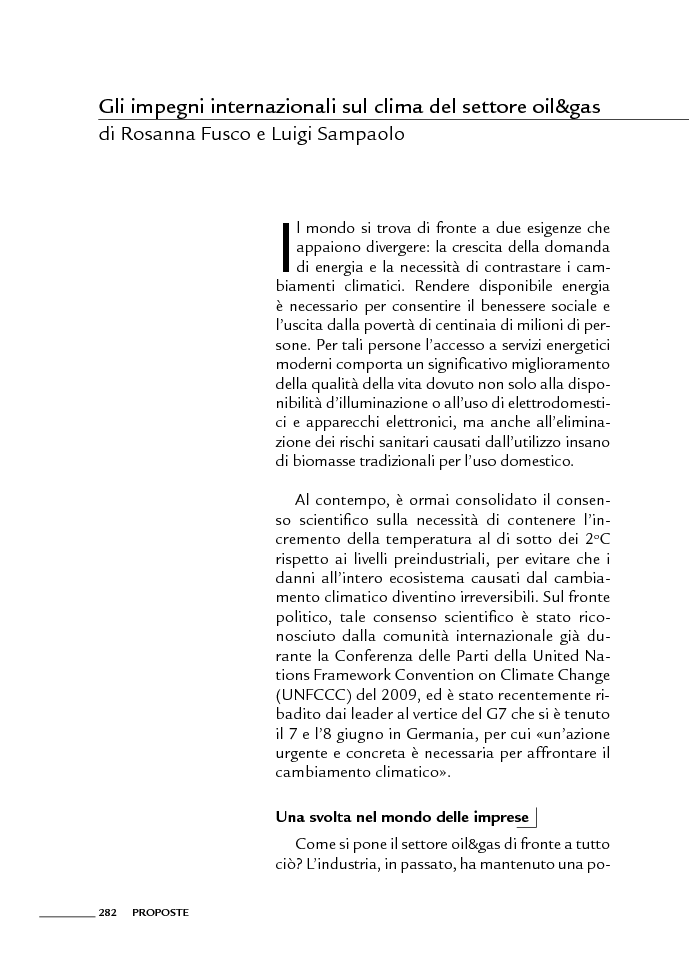