The relationship between Islam and the Western world has long been harmed by mutual misunderstanding and mistrust. Over the last decades, few observers and media on both sides have been able to debate about religion and tolerance, laicism and radicalism, coexistence and contrast with objectivity and open-mindedness. Yet, the renovation processes currently taking place in large part of North Africa bring about new questions that cannot be left unanswered: what are the consequences of the Arab uprisings? What are the prospects in the relationship between Islam and Europe, immigration and demographic processes, cultural diversity and integration? Tarek Heggy, one of the most influential and nonconformist voices of the Middle-East intellectual arena, offers a fascinating and detailed cross-cutting overview of the main historic, political and sociological dynamics underpinning Islamic society, focusing particularly on Egypt and the Muslim Brotherhood and shedding light into current attempts to reconcile Islamism with modernity, democracy, human rights and multiculturalism. 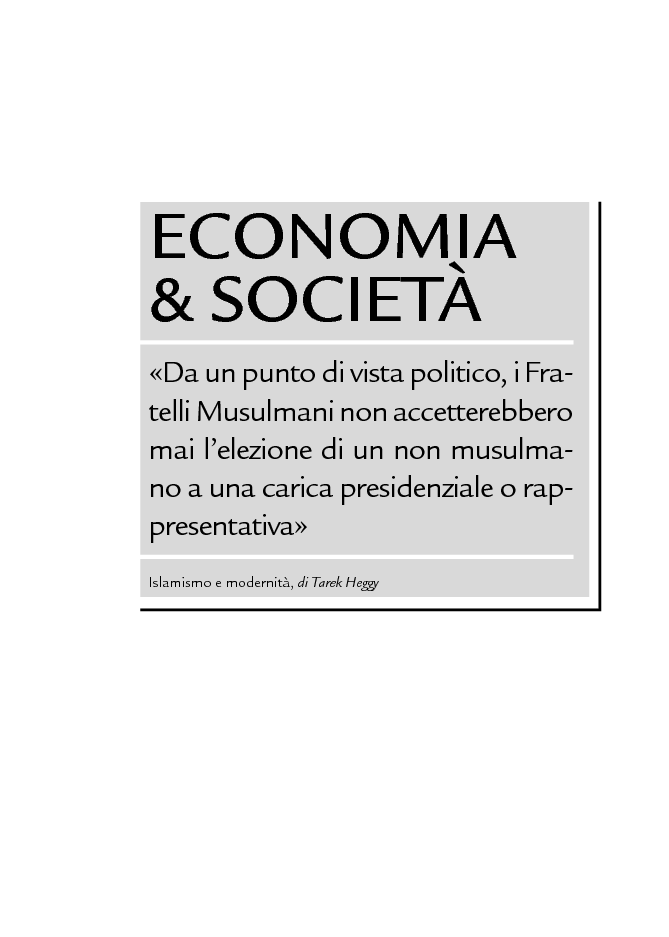