This article discusses the theses that Michel Foucault presents in "Society must be defended" (1976). In these lectures at the Collège de France, Foucault states that the modern political discourse would be reduced to two different forms: on the one hand, the discourse of political rights and national state; on the other hand, the discourse of opposition, revealing conflicts and dominations in the state. This article aims to indicate another form of modern political discourse, the one that focused not on state, not on domination, but on society. Society is considered as collective life with her history and her ways to transform her own institutions to follow a demand of justice rising from her members. To develop this other form of political discourse, we propose another genealogy, going back to the first socialist movements, especially Saint-simonism. 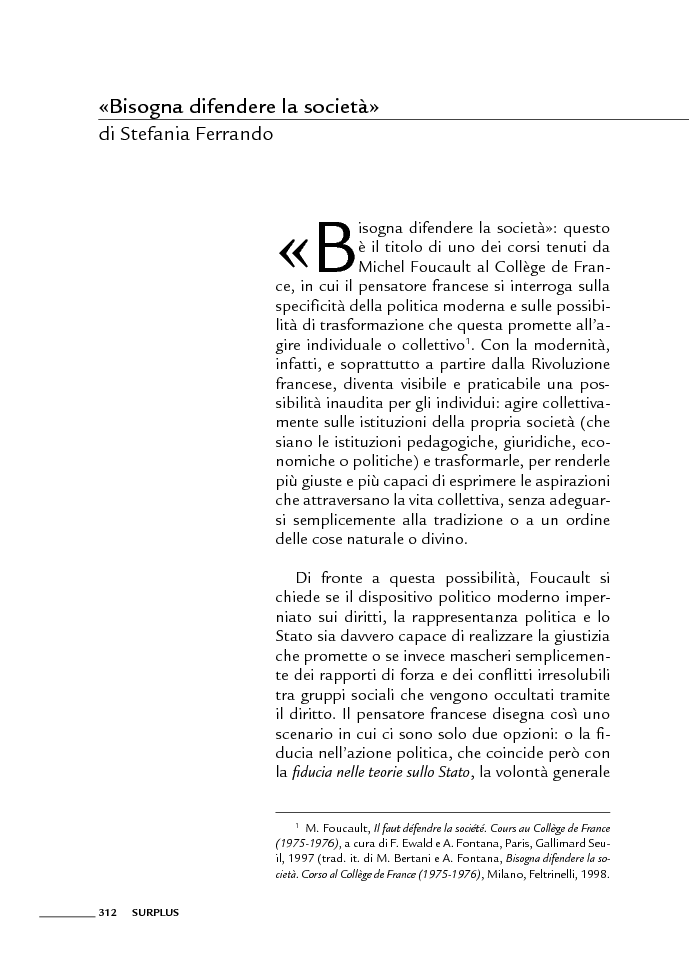