A team of researchers of the Massachusetts Institute of Technology, led by professor Daniel Nocera, has created the fi rst example of artificial leaf. The artifi cial leaf is a solar cell, the size of a poker card, capable of simulating the process of photosynthesis, used by green plants to convert sunlight into energy and water. The device is made of silicon and electronic parts and uses catalysts that speed up chemical reactions, without which the reactions could occur, but very slowly. The device splits water into its two components, hydrogen and oxygen, which are then accumulated in a special fuel cell, which uses the two elements to produce electricity. By placing the device in about four liters of water, with a little sunlight, one day you may provideenergy for a house in a developing country. 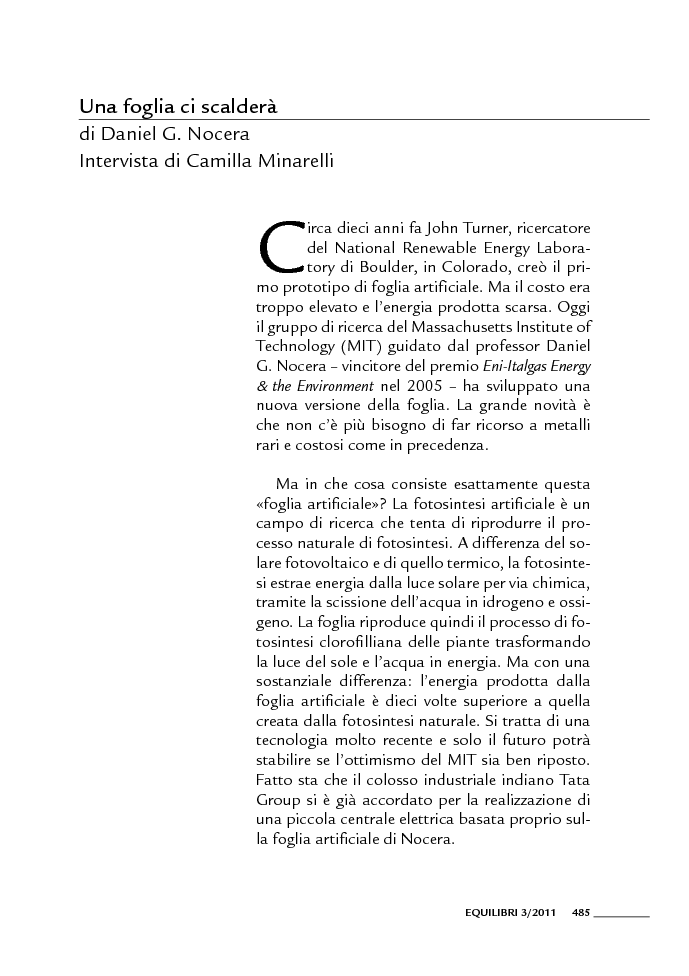