Is biodiversity a resource for Africa? Poverty, wars and famine have often prevented the implementation of policies aimed to protect the natural wealth of the African continent. In South Africa one out of four plant species is at risk and many animal species are endangered. Something, however, is slowly changing. We have discussed the challenges, prospects and the current status of biodiversity in Africa and South Africa with two experts: Augustine Morkel, Estate Manager of the Kirstenbosch National Botanical Garden, in the heart of the Cape Floristic Region, and Harriet Davies-Mostert, Director of Science at the Endangered Wildlife Trust, a Non-Profit Organization dedicated to conserving threatened species in Southern Africa. 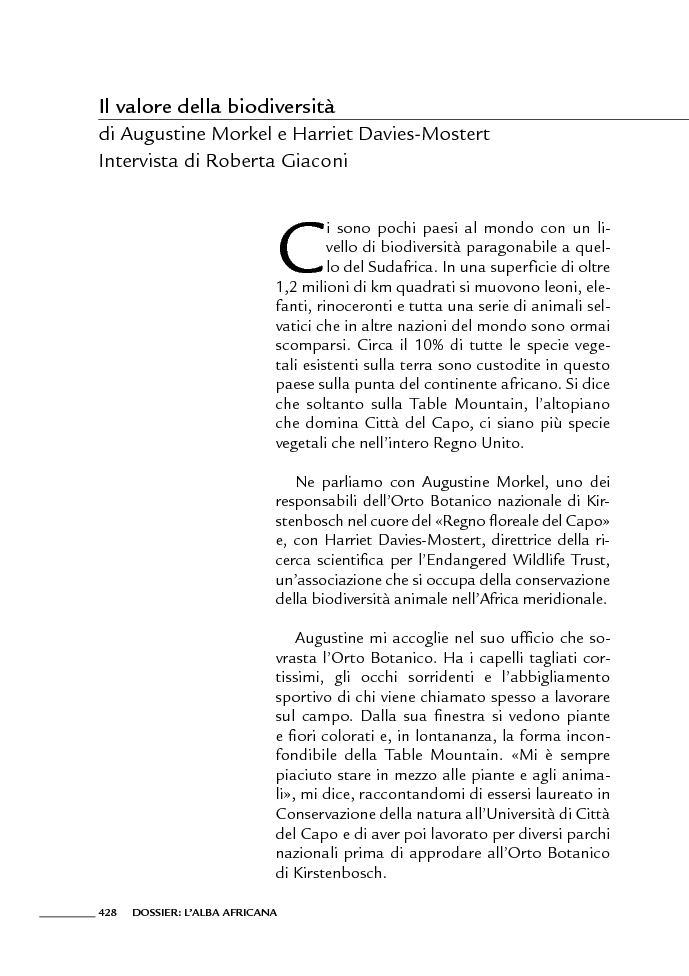