The article focuses on the most important uses of the Internet by terrorist organisations. Having specified the nature of terrorism - to be viewed as violence against civilians aimed at generating a state of terror in order to coerce the community of the victims - the first argument of the article emphasises the communicative role played by the mass media, in general, and of the Internet, in particular, in amplifying and spreading the psychological impact associated with terrorist incidents. In the recent suicide terrorist campaign in Iraq, for example, a corresponding Internet propaganda has been mounted by insurgent organisations in order to exploit its capacity of staging insecurity and fear as a tool for exercising pressure on their enemy. At the same time, videos and other material distributed through the Internet have been used to promote a representation of the (presumed) noble reasons of terrorist attacks and of the moral virtues and determination of attackers, as an attempt to gain support from their sympathisers and to recruit new militants. Recruitment, in particular, is a fundamental issue also in the second argument of the article, in which the most important instrumental uses of the Internet are analysed. Indeed, the increasing resort by Islamists to forums and chat rooms, both as an innovative context for indoctrination and radicalisation, is changing the process of joining armed organisations, which, as is evident in the case of Al-Qaeda, are consequently metamorphosing into decentralised networks of numerous, loosely connected cells. 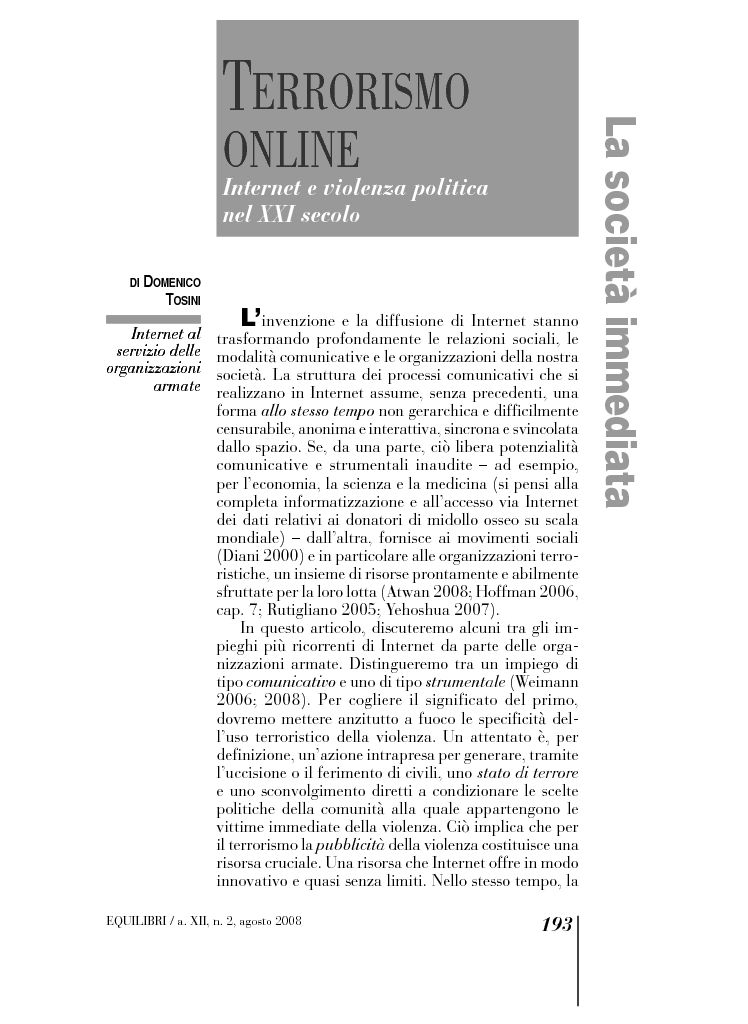