This article focuses on Generation Z in Italy. Amidst a paucity of research on this group, and in order to assess its distinctiveness, we depart from the concept of «generation» as in Mannheim but we further complicate this view by considering some current conceptualisations helping us to situate this generation in line with its own ambitions and cultural referents, in particular highlighting their thirstiness «to exist», rather than «to resist», through their own manifestations. To do so, we look at some characters of trap - as a music genre - and at the practices of vlogger and influencer as explicative of a way of communications that its typical of this generation of youth. In this way we are able to disentangle a modus operandi where, ultimately, we can retrace the very same expectations of entrepreneurship that are expected from them, but through means which other generations fail to understand. 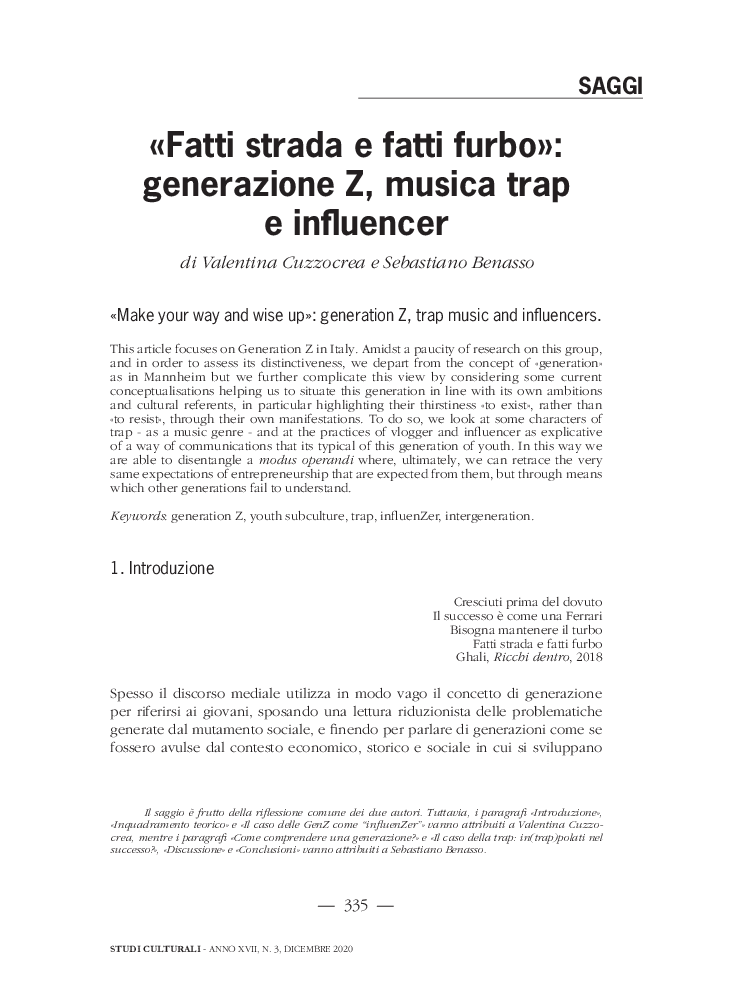