Since its origins, the cultural industry has identified the Middle Ages as an extraordinary reservoir of content to reuse. Why is this era one of the historical periods that most «haunts» western societies, especially in recent decades, and then «which Middle Ages»? The article starts from the hypothesis that, compared to the representations of other historical periods, the «tale» of the Middle Ages falls much more in the opposing domain of utopia-dystopia, and therefore has a very strong political value. It functions as a sort of «training gym» in which the public simulates their most extreme desires and fears for the political and social future. Through the analysis of two highly successful fantasy sagas, The Lord of the Rings and A Song of Ice and Fire (which move in a context borrowed from the medieval political structure), the article, first of all, wants to try to trace these desires and fears; and then wants to demonstrate that the genre fantasy, which has now conquered all media environments (from comics to video games), has, mainly, a «political» function that is to exorcise (symbolically) these fears and desires. 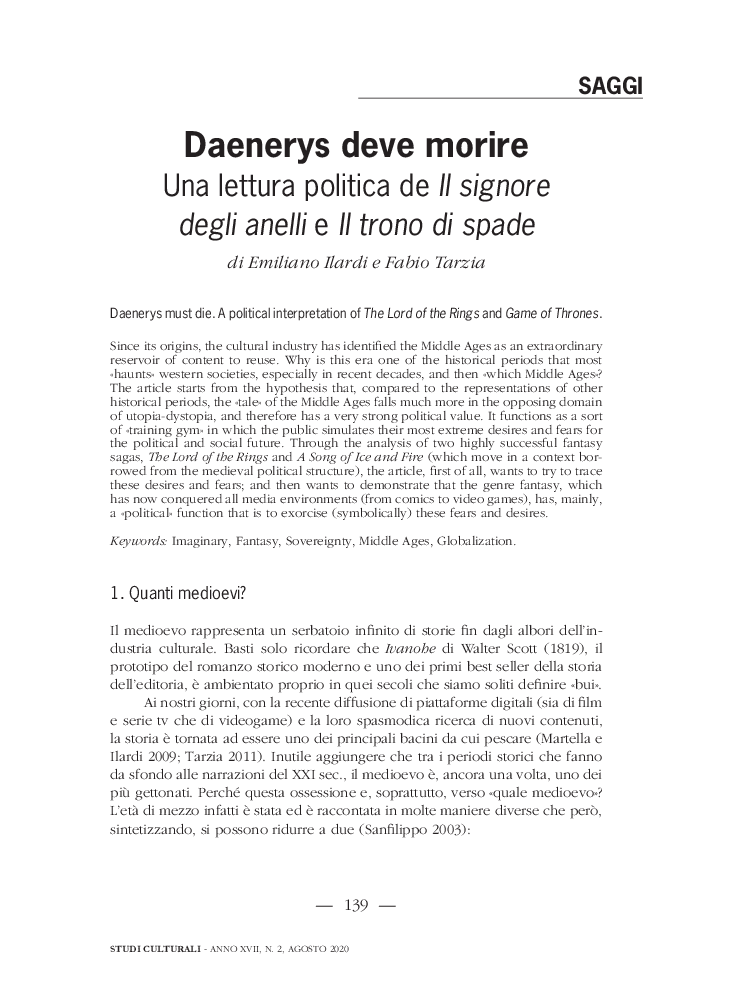