The translation of Phil Cohen's article is the first Italian version of a text originally published in 1972 as Working Papers in Cultural Studies, published by the CCCS in Birmingham. Cohen illustrates how the redevelopment of the working class neighborhoods in London, during the 1950s and 1960s, led to the loss of a sense of community in the resident house¬holds and a crisis of the working class' leadership in the East End. The author shows us how urban policies have had an effect on the social order and on the perceptions of a whole generation, which has developed new forms of socialization and symbolic critique towards the dominant class. The Italian translation presents an unpublished introduction by the editor, which examines Cohen's perspective, referring it back to the central issue of subcultural conflict. The working class kids intended to experiment, through this conflict, a cultural distance from the social group they belonged to. 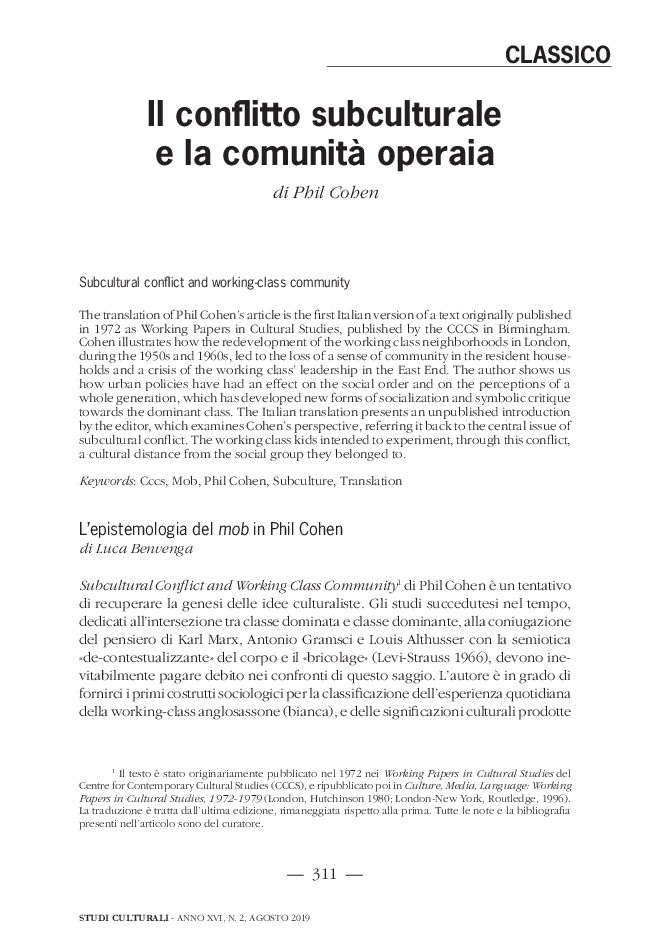