The topic of this essay is the literature born on the web and for the web, from different points of view. First of all, the article proposes to overcome the ingrained presumption of non-literariness that (according to most people) would mark this type of writing. On the opposite, this phenomenon is part of a wider and pervasive interaction between media and narrative production, that characterizes all modern literature. Secondly, the article describes what are the characteristics of the web that most directly influence the revision of narrative paradigms, identifying some macrodifferences with respect to the narrative of literary-editorial tradition, such as: the granularity and the dissolution of the plot, the preminence of the time of writing on the time of the story, the predisposition of the text to a reception similar to the performance, etc. All these general considerations find application in a few selected texts which originated on the web and were then transitioned into printed publications: "Mio salmone domestico" by Emmanuela Carbé (Laterza, 2013), "Questa e altre preistorie" by Francesco Pecoraro (Le Lettere 2009), "Oceano Padano" by Mirko Volpi (Laterza, 2015), and others. 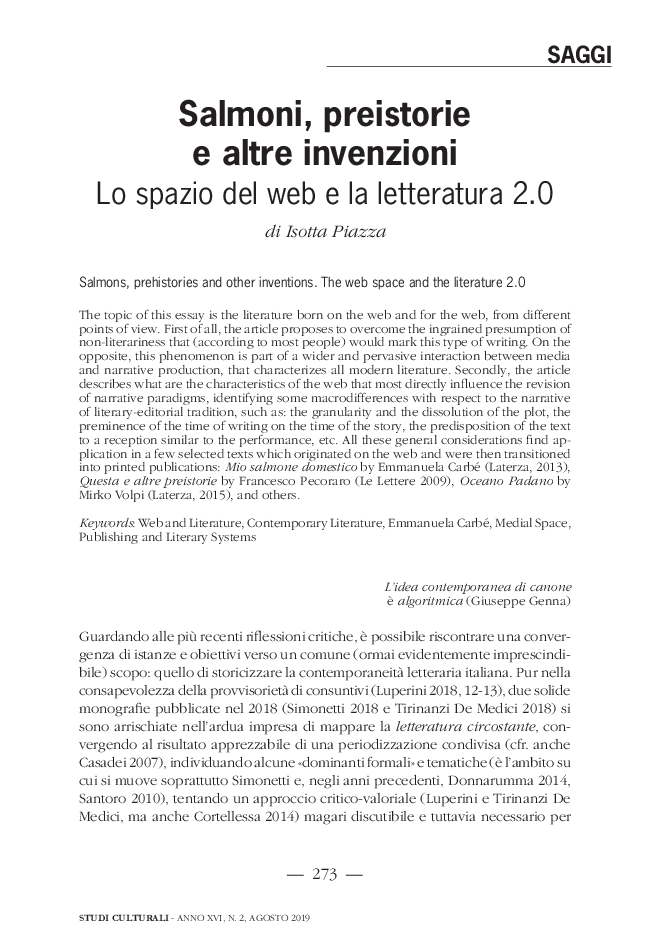