«Media events» were originally described by Dayan and Katz as the live broadcasting of preplanned historic events. Recently, media scholars have adopted a broader concept, including also conflicts, disasters and terrorist attacks in the study of media events. The latter, we think, have a peculiar character whose features deserve to be studied on their own. In addition, the proliferation of social media during the past decade has created a new mediascape, possibly transforming the way both media events, in general, and terrorist events, in particular, are constructed. Our article examines the ritual nature of the mediatized response to terrorist events and the central role played by the «community of the victims», and then engages in a reflection on how the new communication environment shapes the meaning of these dramatic cases. Contrasting the reactions to the attack at the Atocha station in Madrid and those to the "Charlie Hebdo" shooting in Paris, we show how the social media have been surprisingly effective in guiding the collective reaction, channeling it into an almost unitary response, which reminds us of the integrative rituals performed in the traditional celebratory media events. 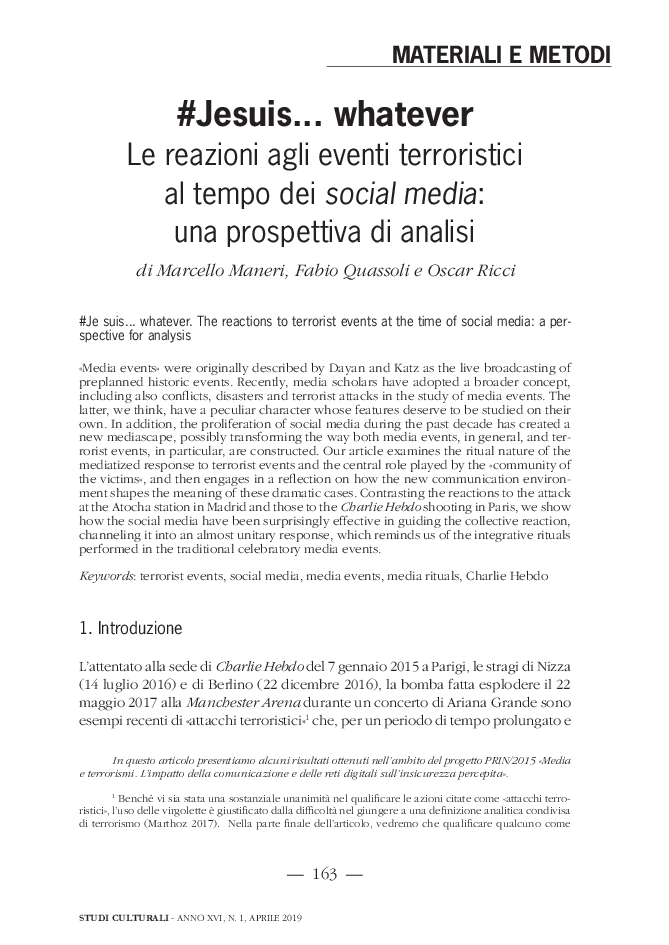