ISIS has structured a communication system capable of operating at the same time on the old broadcast media and increasingly through digital and «social» media, thanks to the creation of a powerful and pervasive brand. The revolutionary nature of this brand lies in its ability to enhance the bios of the subjects involved in the events, created through a storytelling that feeds on the biographical experience of both the perpetrators and the victims. It is therefore an advanced form of cognitive capitalism that has nothing to do with the Fordist dimension of franchising, so much discussed by journalists and experts, but much closer to the new forms of exploitation of the sharing economy. A lo-tech an¬swer to the hi-tech rationality of the Empire, understood by Negri and Hardt (2001) as a modular machine capable of managing and exploiting cultural difference. The algorithmic war between the strategic action of the Empire and the tactical one of terror places the emotional dimension of the global public at the center of the dispute. On the one hand, the confession of M. Foucault (1976) as a critique of the «repressive» model shows us the ability of the global system to «produce» deviance, on the other the theories of moral panic transposed to the new media ecosystem help us to examine the mutual procedures for constructing and reacting to the figure of the terrorist. The new moral panic emanating from this opposition, fueled by what I once called «emotional fascism», further undermines the structure of liberal democracies towards a post-democratic transition. 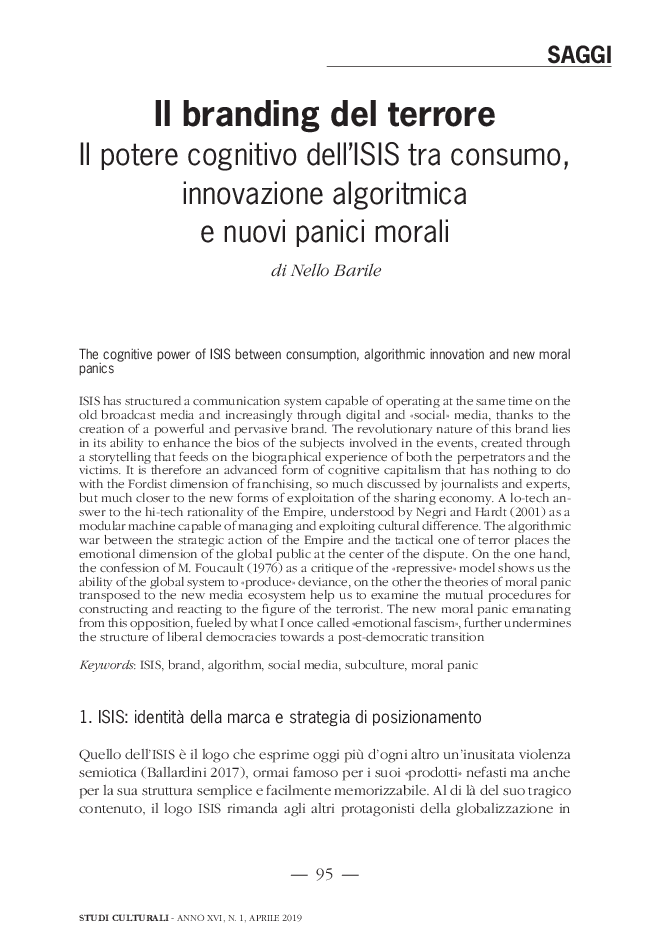