Historical and social approaches to terrorism (its definition, explaining theories etc.) are strongly diverging. However, they converge in directing attention to a peculiar aspect of the phenomenon: its «discursive amplification», the ability to produce a climate of insecurity and terror through the discursive and imaginative elaboration that violent acts trigger. This amplification is made possible through the media, which represent the indispensable sounding board for the attacks. But media coverage is only an aspect, maybe the most superficial, of discursive amplification: which instead consists above all in the opening of a hidden and opaque imaginative space, at the antipodes with respect to the transparency of the public sphere that the media (at least in theory) pursue. It is the space of rumors, gossip, suspicions, widespread anxieties, the imagination of unmentionable practices. A space that bears some resemblance to that of witchcraft in traditional societies. A space that feeds (being in turn fed) by the constitution of a hidden sphere of the powers of the State, which ultimately establishes a systemic relation with terrorism. 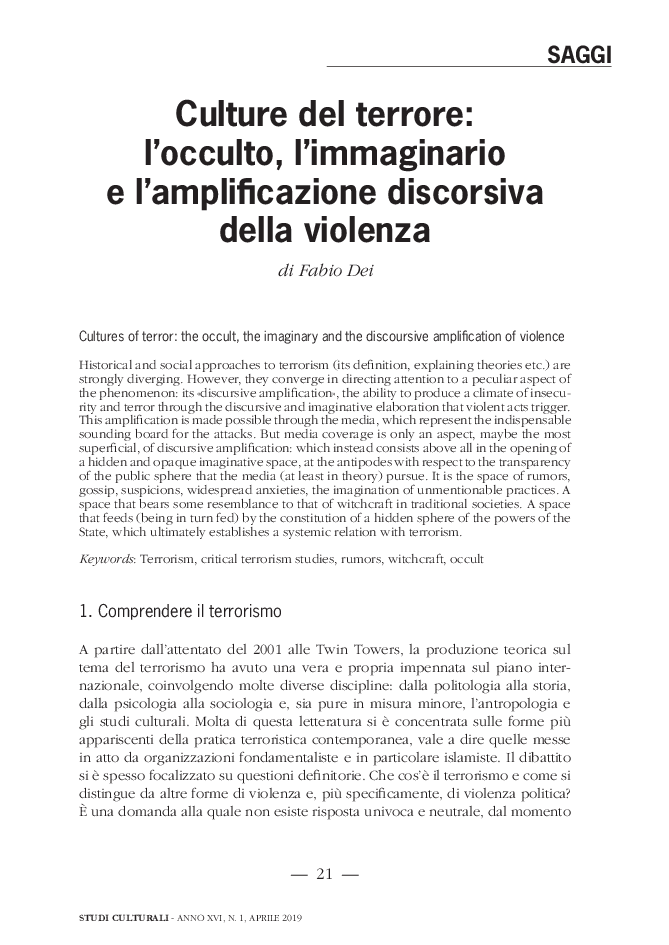