This article considers the geographical discourse produced by the Italian geographical society (SGI) on its journal, the «Bulletin», in the second half of the nineteenth century (1867-1900). While scholars have traditionally emphasized the pioneering role played by the SGI in the Italian colonialist discourse, I focus here on the production of identities - that of Italian geographers and, more broadly, the Italian national identity. By analyzing articles covering three main «Bulletin» topics (science, explorations, and migration), I argue that identity is produced by emulation of, and in contrast with, the model of the North European geographical societies. This mechanism implies either the effacement of Italy's Mediterranean character or its reconfiguration within a revival of the Roman Empire, both elements later to be rearticulated within Liberal and Fascist colonialism, whose creative power in terms of «invention of tradition» has to be reconsidered. 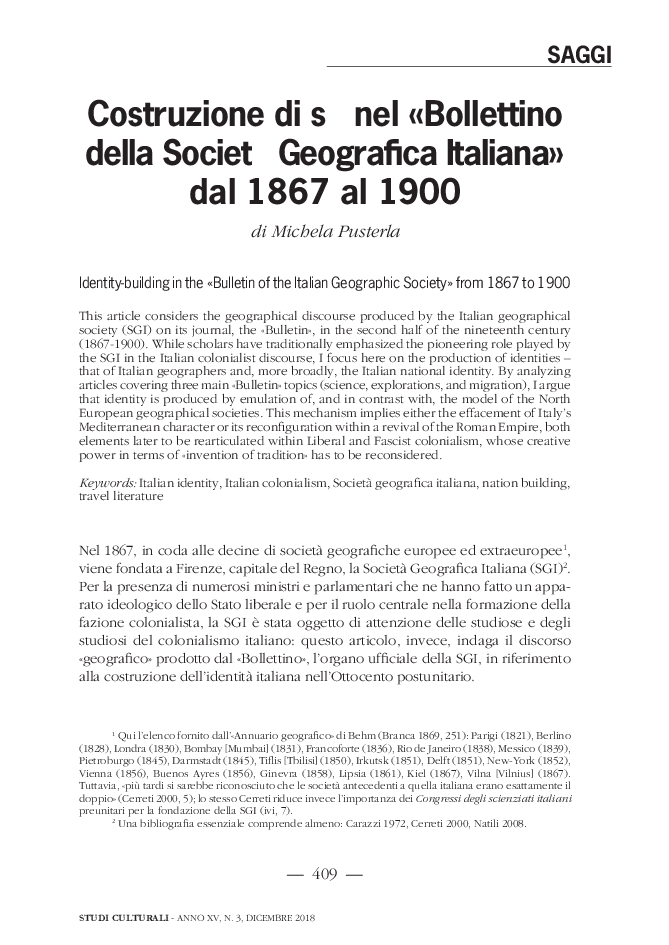