The aim of the interview was to reconstruct the reception of Cultural Studies (CS) in the German Democratic Republic (GDR). Despite the CS never obtained an institutional legitimation in the GDR-academic field, the ideas and works of CS authors were appropriated and circulated in a «semi-formal» way within and between different academic disciplines. Peter Wicke has been one of the main mediator of the CS in the GDR, thanks to his publications, his international prestige and the Research Centre on Popular Music studies he founded at the Humboldt University in the early 1980s. To understand how it has been possible, it needs to rethink the interplay between the political, the academic and the musical fields in the German socialist state beyond the idea of an ideological and totalizing control of the State on the academic and cultural life of the GDR-society. In this regard, the Bourdieusian concept of political capital (1998) helps to highlight some often neglected power dynamics in the GDR, which led in the 1970s to institutionalize both the Rock'n Roll music, until then considered a «capitalist» music genre, and the «popular music studies» within the conservative discipline of "Musikwissenschaft". Hence, albeit it could not be «formalized», the reception of CS works in the GDR-State, especially those regarding youth (sub)cultures, was strongly interwoven to these two institutionalization processes. 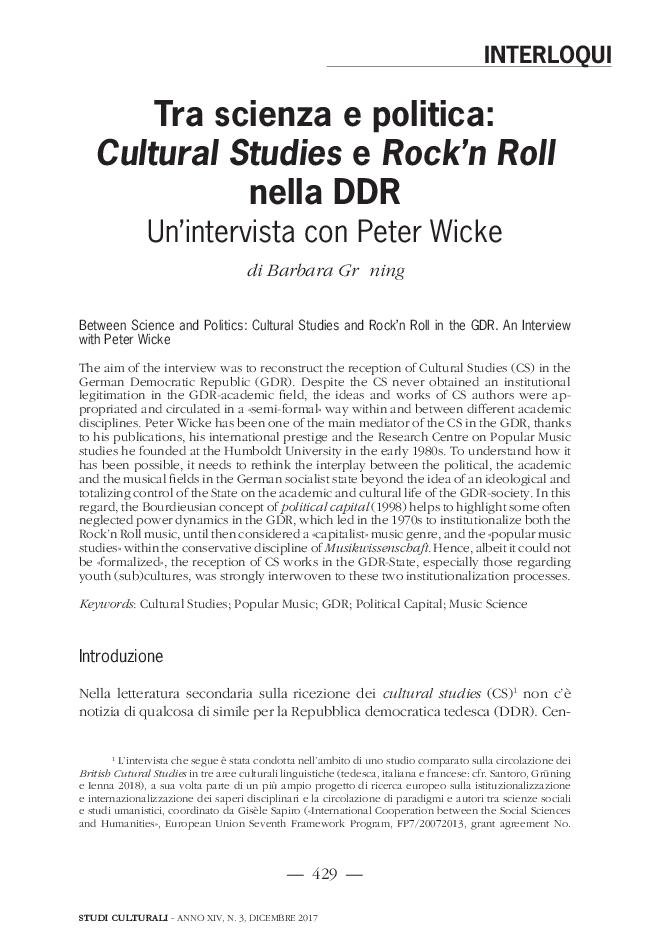