In the first part of this interview, Professor Tony Jefferson, a scholar at the CCCS in Birmingham, touches on subjects related to his intellectual experience and deals with several important sociological issues. The observation protocol aims to map and identify the theoretical thesis (Marx, Gramsci, Althusser) and to grasp the nuances of the internationalization and institutionalization of cultural studies; it also answers the criticism of them about the limited interest of researchers in the female aspects of subcultural formations, and the excessive emphasis put on studies of a collective nature. The thematic cartography, then, ranges from the birth of working class youth cultures (Teds, Mods, Skins), to disquisitions about the most radicalized political and cultural forms of socialization (see Punk), in a completely new global environment and one that was clearly different from the past, when the «territorial historicization» of acting in a group made sense. Finally, it closes with a comment on the state of the art of contemporary cultural studies. 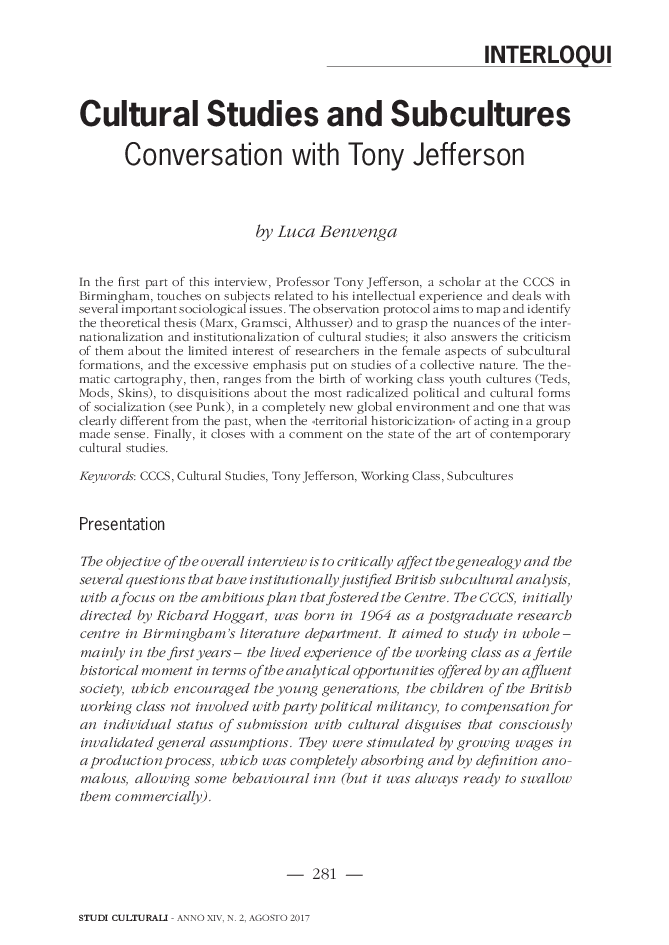