The essay is the first Italian translation of a groundbreaking sociological theory of sexuality commonly known as sexual scripts approach. Originally published in 1973 in the seminal book "Sexual Conduct", such a theory contributed to the social constructionist approach to sexualities and produced a wide range of subsequent articles. Trained at the University of Chicago and at the Kinsey Institute of Sex Research, the two authors challenged biological essentialist views on sexuality, by heavily drawing on the dramatist perspective of literary critic Kenneth Burke, and by taking into account both symbolic interactionism and Erving Goffman's dramaturgical analysis. In their truly sociological and post-Freudian analysis, sexuality has no reality sui generis, neither content or meanings on its own, unless it's seen from the perspective of something/someone else. The main aim of the sociological study of sexualities is thus the research of their meanings, and their social sources in social life. 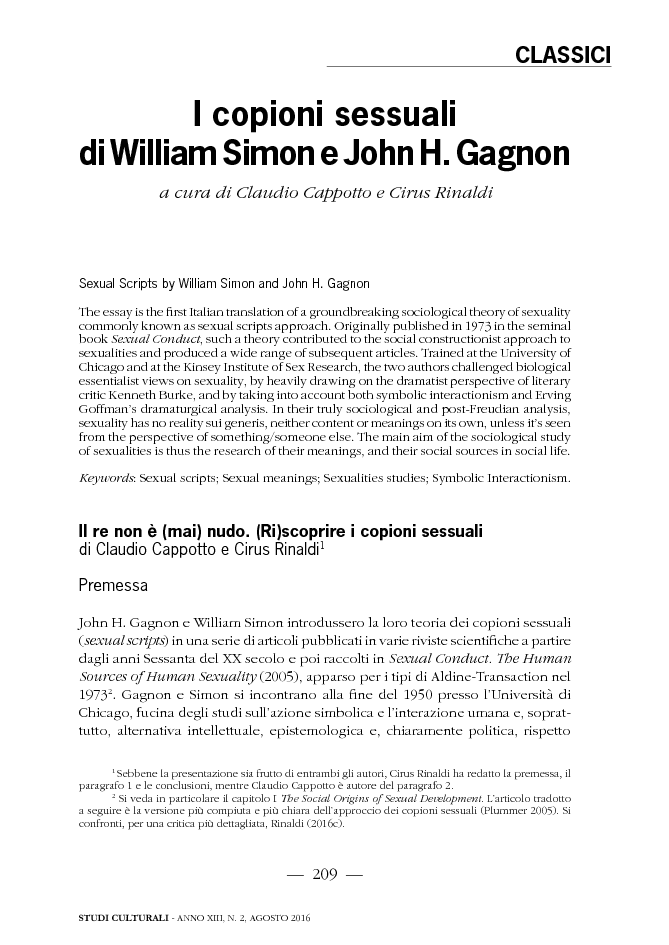