The article focuses on the Bourdieusian notion of cultural intermediaries and applies it to two open-ended professions of the field of fashion: the coolhunters and the fashion bloggers. Coolhunting is described as an evolution of the fashion forecasting model invented by the fashion industry in the late Sixties, aiming at collecting signals of socio-cultural trends and at finding new consumption paradigms, while blogging is presented as a subfield of the field of fashion media where young newcomers are gaining increasing popularity by challenging the rules of printed media communication. The distinctive aspects that make bloggers and coolhunters cultural intermediaries are discussed by referring especially to the composition of their cultural capital (characterized by self-didacticism), the open-endedness of these jobs, and their role as producers of symbolic forms. Their function as junction points between production and consumption, and between mainstream and margins, is also analysed. In conclusion, I argue that cultural intermediation is a positioning strategy in the neoliberal labour market, and not a mere adaptation to avoid the loss of social standing, and that conflict is a key concept to understand the work of the cultural intermediaries and their disruptive effect on the fields they belong to. 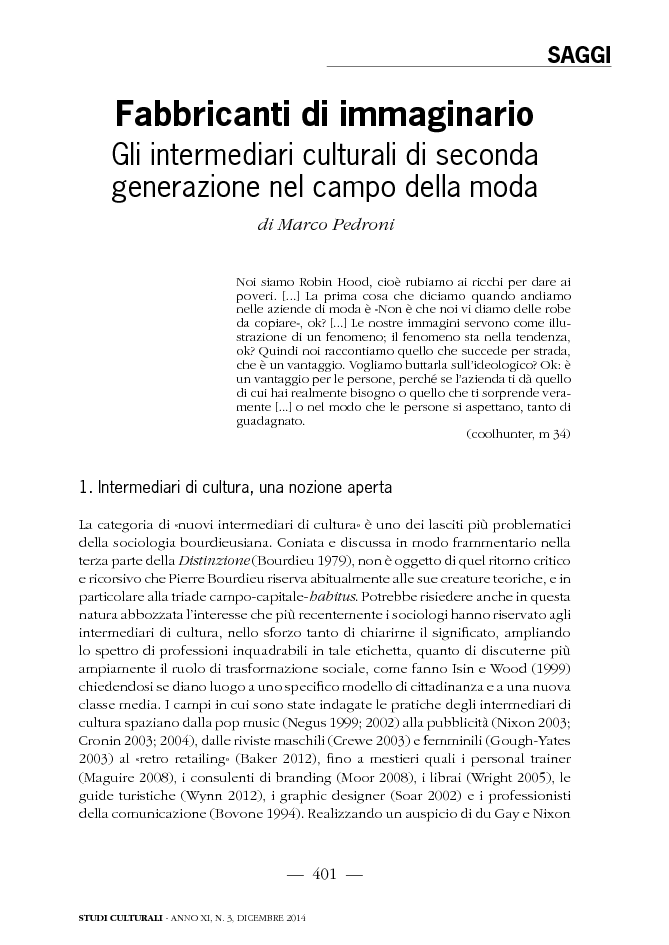