The article aims to introduce and discuss the «spectral turn», which sees specters and haunting as compelling analytical and methodological tools for the humanities, cultural studies and social sciences. Central to the idiom of the «spectral turn» are a series of concepts that have become increasingly important in contemporary interdisciplinary scholarship, such as trauma, the uncanny, mourning, memory, and so on. The introduction of specters and haunting into the field of social and human sciences (cultural criticism, literary criticism, postcolonial studies, subaltern studies, media studies) aims at destabilizing firmly established dichotomies and ontological and epistemological certainties. The figure of the ghost stands for both ghosted citizens - marginal populations, invisible social outcasts, subaltern social groups - and specters of their repressed or forgotten cultural legacies. Through an analysis of film texts featuring ghosts and haunted houses, the article aims to explore the active role that ghosts and haunting might play in a true «spectral turn» of cultural studies. 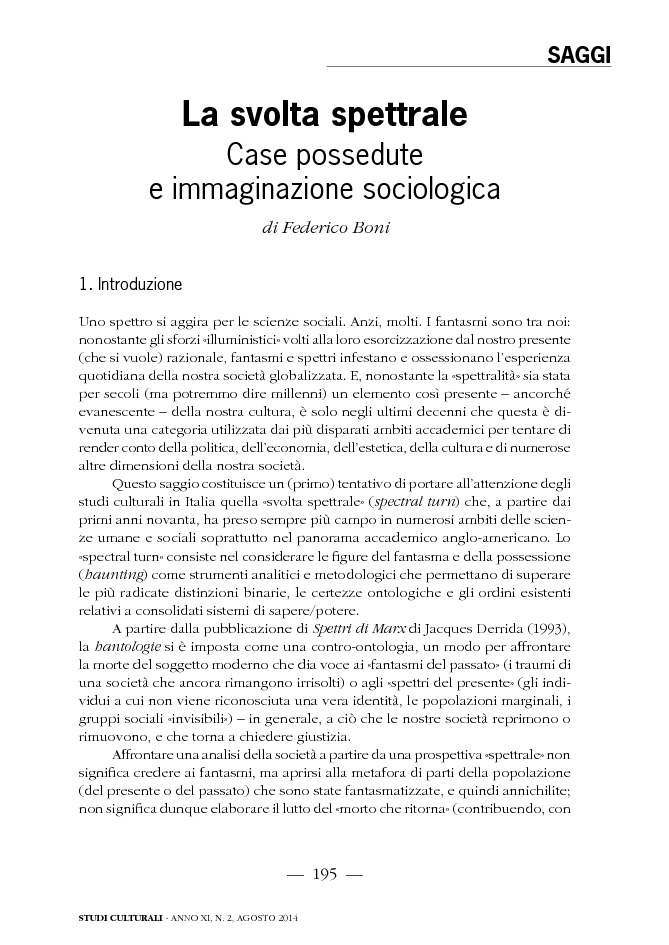