Are there relationships, links and continuities between political cultures and gender cultures in the political phenomena? What types of ideological and cultural configurations emerges, in the variable interplaying of ideology and gender orders in politics? These ample questions are examined focusing on a specific empirical case: the ethnography of two local branches of an Italian regionalist, populist and right-wing political party, the Lega Nord (Northern League). The ethnographical work was realized through the participant observation (about 6 months in each local branch) of different organizational activities (party boards and meetings, social dinners, informal encounters etc.), and in depth-interviews with party leaders and activists. After presenting the theoretical framework (the links between populism and organizational gender culture in Northern League), the article examines the processes through which political ideology and gender cultures are daily re/produced in the two local branches, highlighting the structural and profound interconnections between these two dimensions. 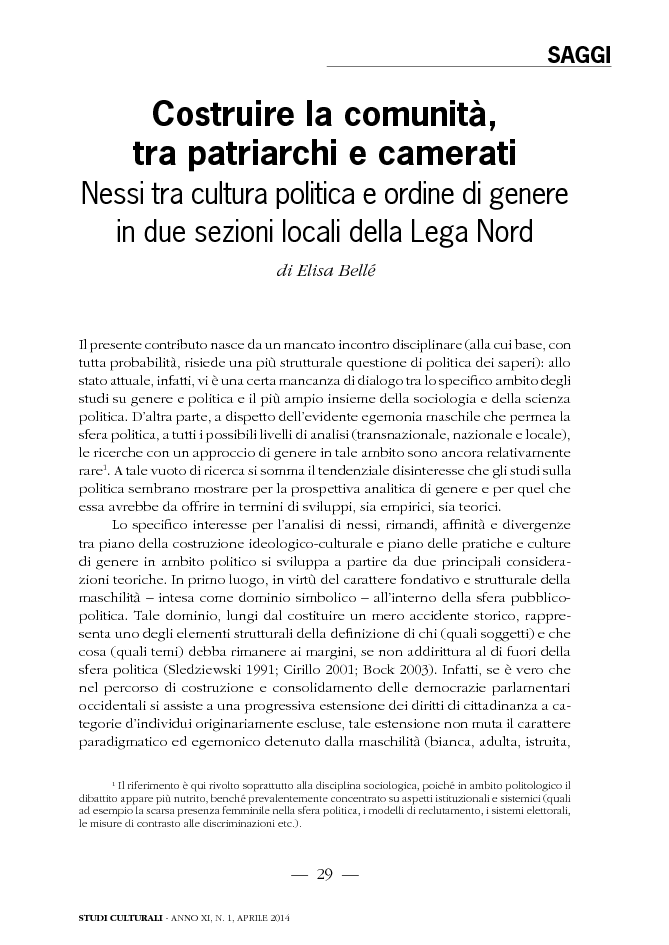