Mildred Pierce - the main character of James M. Cain's novel (1941), of Michael Curtiz's film adaptation with Joan Crawford (1945), and of Todd Haynes' mini-series with Kate Winslet (2011) - has been the subject of study in cultural studies by different approaches. Film studies, gender studies and women's studies have stressed the reiterated importance of the model of a woman conveyed by this character, which undermines the institutional, political, and cultural stability of patriarchal order. When crisis seems to open a fissure in western phallogocentrism, making room for female action, Mildred's violent repression, in every adaptation, projects an onscreen re-domestication of the feminine which is necessary but also subaltern, both for her maternity and her entrepreneurship, within an ambiguous normative system ranging between nature and society. This paper discusses the productive (and not only repressive) potential of Mildred Pierce's narratives, suggesting the unmasking of a bio-economic device set up through the hegemonic narratives of the feminine. 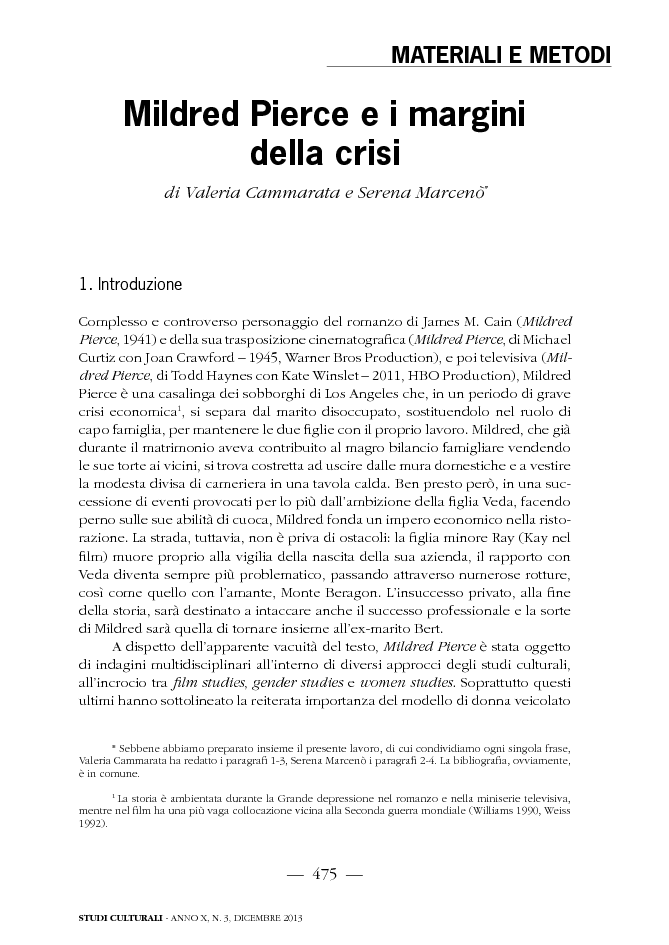