This essay examines a critical shift in Du Bois's social theory that occurred in the 1940s, in relation, I argue, to shifts in global media regarding radio. I I In Dusk of Dawn, Du Bois moves away from the color-line, a linear and visual metaphor, to the vacuum chamber, a more complex, diffuse, and aural figuration and, I argue, a sonic metaphor borrowed from radio. I find that Du Bois's figuration of the color-line as a plate-glass vacuum enclosure re-theorizes the workings of race in the 1940s, using aural imagery to represent the contours of its pervasive, persistent, and palpable (in)visibility. First, I contextualize Du Bois within early 1940s radio culture in the U.S., more specifically the emergence of colorblind discourse. Then, I historicize Du Bois's «color-line» and sound out the contours of what I have termed a «sonic color-line» within the racial and technological milieu of the U.S. in the 1940s. Exploring this side of Du Bois allows us to place segregation at the heart of the rhetoric of technological innovation, as well as the discourse of colorblindness stemming from World War II . 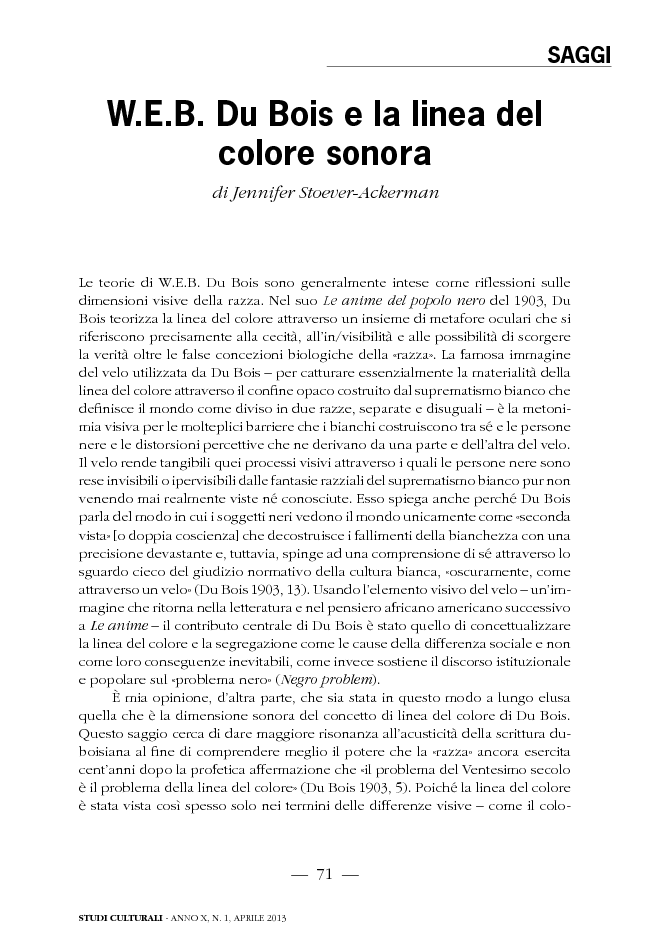