This paper about listening to music in urban public space (through transistors, ghetto-blaster or mp3 player), follows one of the rare fictions which includes a ghetto-blaster as a key of action, Spike Lee's Do the Right Thing (1989). Ties between sounds and space are considered from a pragmatist sound epistemology, predominantly interested in sound effects; this means that sounds are necessarily linked to a form of life. This one - in the movie Bed-Stuy, a mainly African-American district in New-York City - daily tolerates relatively loud sounds, but treats as pathological those which prevent interaction. In this framework, we finally recover a cardinal principle of interaction organization, stemming from Goffman's sociology: one of the origins of its defeat lies in the incapacity of one or more of the partners to dispense his (their) attention in the right way (the one of the situation and its definition). 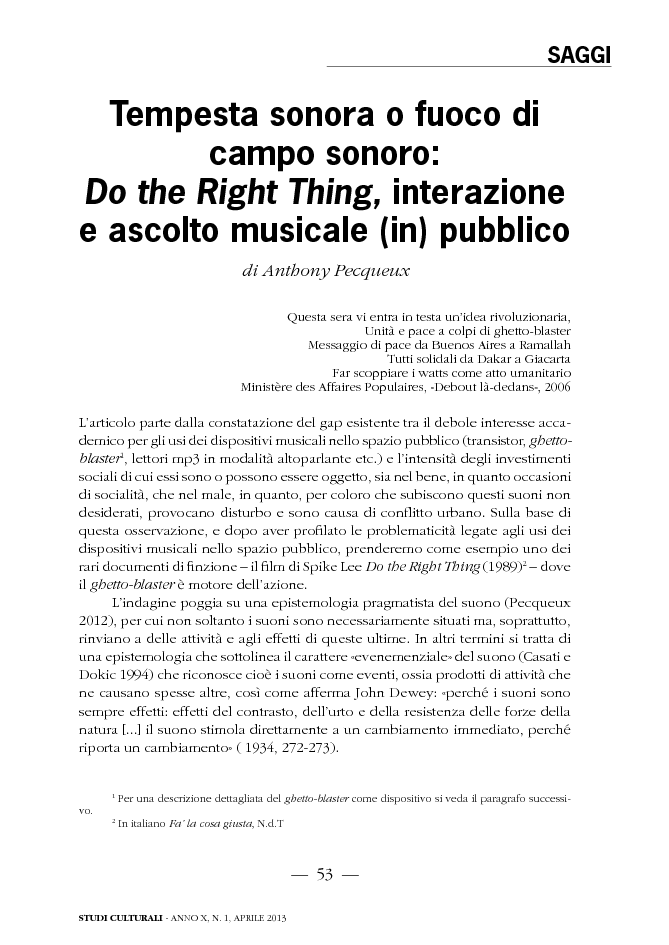