The article analyzes some of the Italian TV programs that have played a relevant role in the staging of public debate on television and in the creation of a media arena. The article highlights that these programs, on one hand, mirrored and, in some cases, anticipated the innovations taking place in the relationship between society, politicians and the media in Italy; on the other, they played a formidable "educational" role in portraying the public debate in a determined fashion to viewers and in the spectacularization of its rules, actors and context. The conclusion is that, over time, television has in fact imposed "visual structures" of the political debate, as determined by historical, social, and economic reasons, and by an ever-growing competition with politics in the construction of the public arena. 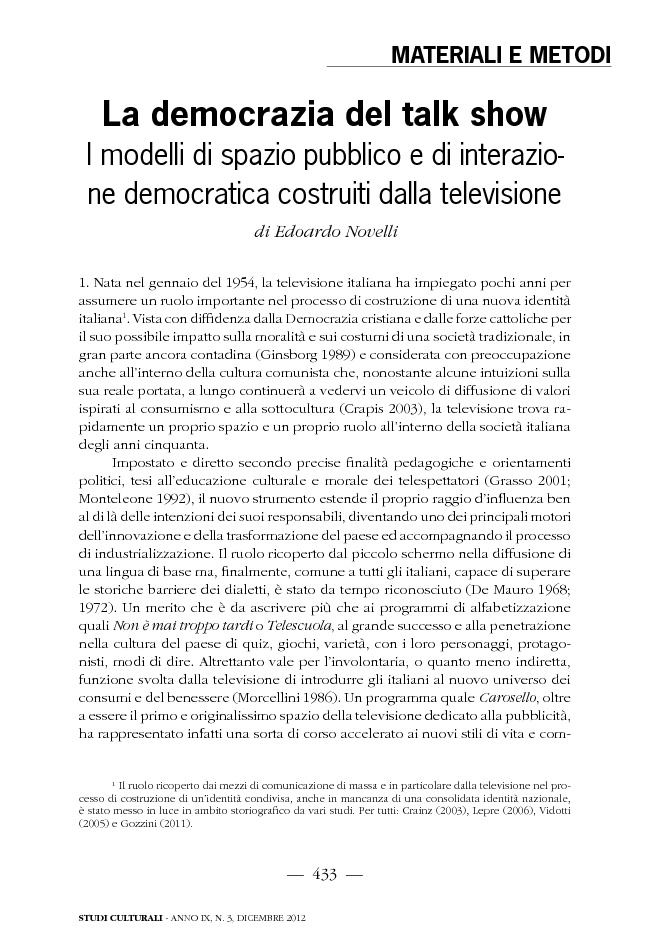