This article describes the Museum of Innocence, opened in April 2012 in Istanbul, which exhibits a collection of objects assembled by Nobel prize writer Orhan Pamuk. It is a complex, multifaceted project, being neither a literary museum, nor a historical house museum, nor even a city or a private collection's museum. It is a novel's museum, since it was conceived in parallel with the homonymous novel: but what does it mean to exhibit a novel? Seen through the lens of the contemporary literature on the theme of eastern/western identity, and in the light of museum studies focusing on the sense of collecting (Grazioli, Didi-Huberman, Pearce and others), the Museum of Innocence proves to be something unique. The circularity between Pamuk's writings (in particular The Museum of Innocence, Istanbul and Other Colors) and the museum's exhibition design is an important key in order to understand the many layers on which it is based. 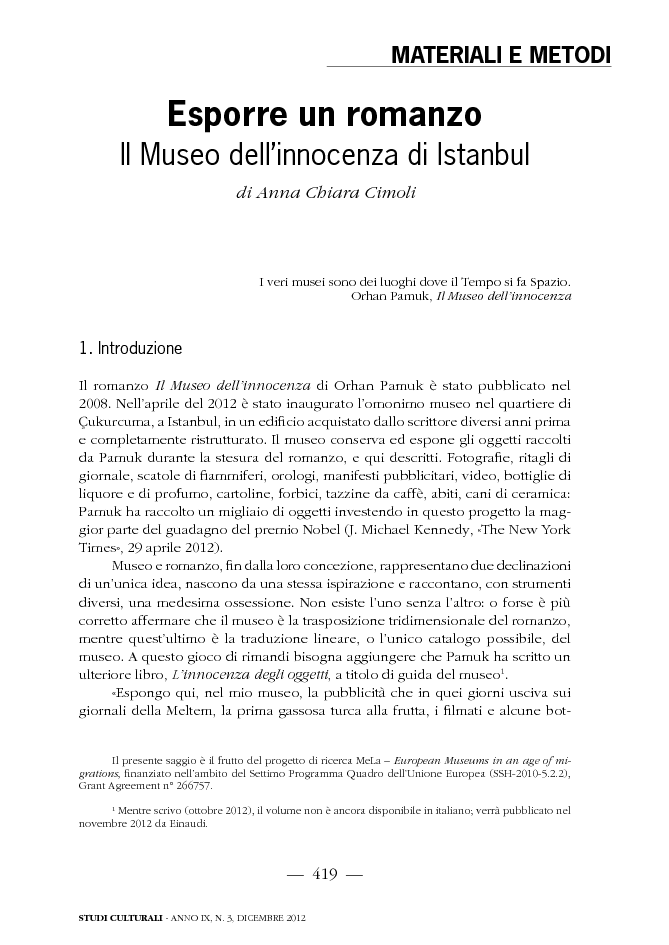