One of the most fascinating and challenging questions for historians of communications media concerns the way technology stimulates expectations, fears, beliefs, and visions. Which is the role of human imagination in a discipline such as media history, whose main focus is on artefacts and machines? This paper aims to answer this question. The first three sections illustrate and discuss three examples of «media fantasies» from the history of media: the relationship between media technologies and beliefs in the supernatural; the use of anecdotes to relate the emergence of a given medium; and the prophecies which attempt to forecast the future of technology. In the fourth section, the area of media archaeology is discussed as a potential theoretical frame to study the imaginary in media history. Focusing on aspects which are frequently neglected by traditional historical scholarship, media archaeology might provide scholars in media history with fruitful methodological and theoretical keys to address this topic. 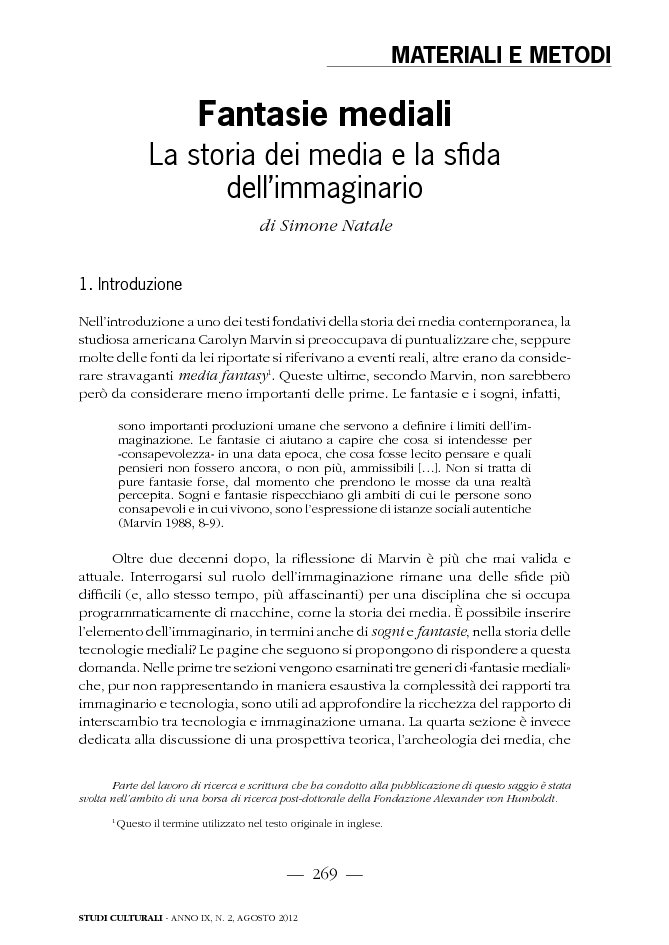