Over the last three decades, the theoretical debate on citizenship as well as many experiences of political change have been highly influenced by a new paradigm, which emphasizes the value and need to recognize and protect ethno-cultural diversity (Charles Taylor, Axel Honneth and Will Kymlicka are some of the most significant representatives of this paradigm). Such a turn towards identity politics has been presented by scholars, politicians and institutions alike both as a recipe for geopolitical stability, and as a moral duty towards minority groups and marginalized sectors of the population. Relying upon an empirically-based analysis of the recent Bolivian political experience, we will criticize both the epistemological presuppositions and the political effects of promoting change through identity politics. This will be done by showing how ethno-cultural identities are not necessarily given, hence triggering quests for recognition, but are rather the by-product of institutionally channelled identity politics. 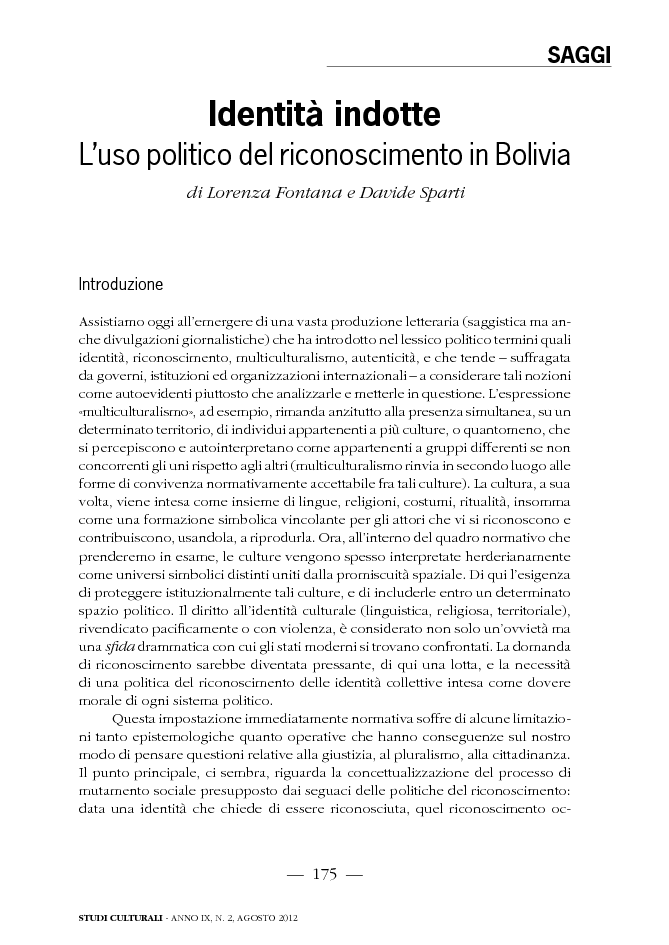