While post-war intellectual left has been used to divide the debate on «what's going on» into two camps, even if rather porous and overlapping, cultural studies can escape from these divisions due to its specificity as an analytic and a political project built on the practice of radical contextuality. Through a genealogical work focused on the conditions that enabled the emergence of the Centre of Birmingham as a confluence of the New Left, the British intellectual tradition of «culture and society», and the American pragmatist media and youth studies, this article attempts to revive the most «scandalous» aspect of cultural studies, the contextualization of both theory and politics, as a political position able to think the alternative futures through a global conversation across differences without appealing to any universal or transcendent conditions. 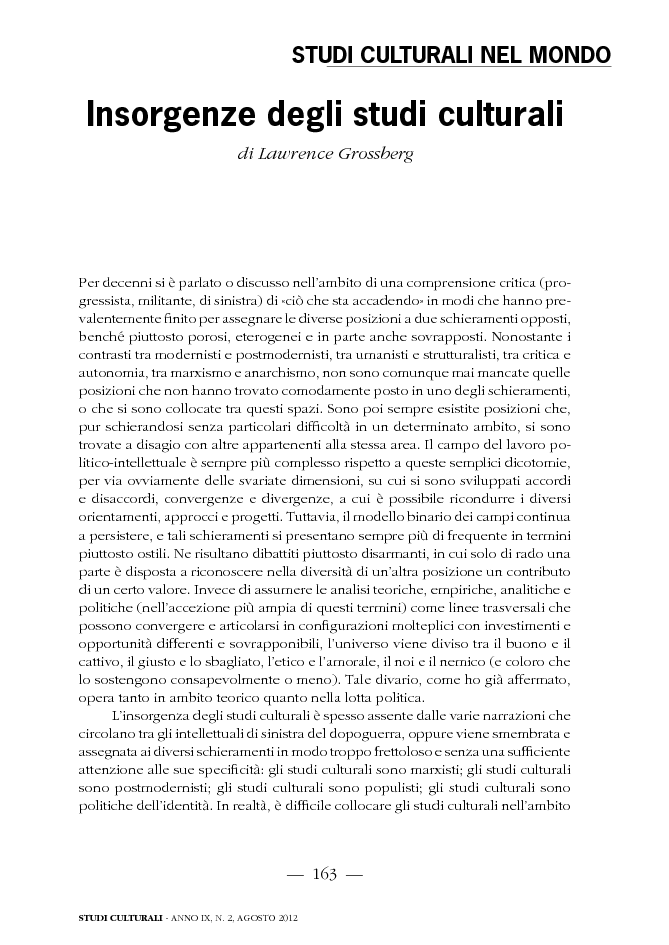