Does the desire for a good reputation rest on instrumental or on intrinsic grounds? How is it possible to impress others through good actions if they know they were undertaken to impress them? These questions serve as a starting point to explore the process of reputation-building, both in the relatively straightforward case of other-related reputation, and in the trickier issue of self-reputation. Drawing on the tools of rational choice theory such as rationality (intertemporal consistency) or utility, but also on modern philosophy (Montaigne, Descartes) and literary sources (Proust), Jon Elster tries to show that the character on which reputation is bestowed is more fragmented and situational as usually assumed, and yet, at the same time, that a notion of character (understood as consistent personal dispositions) is needed. 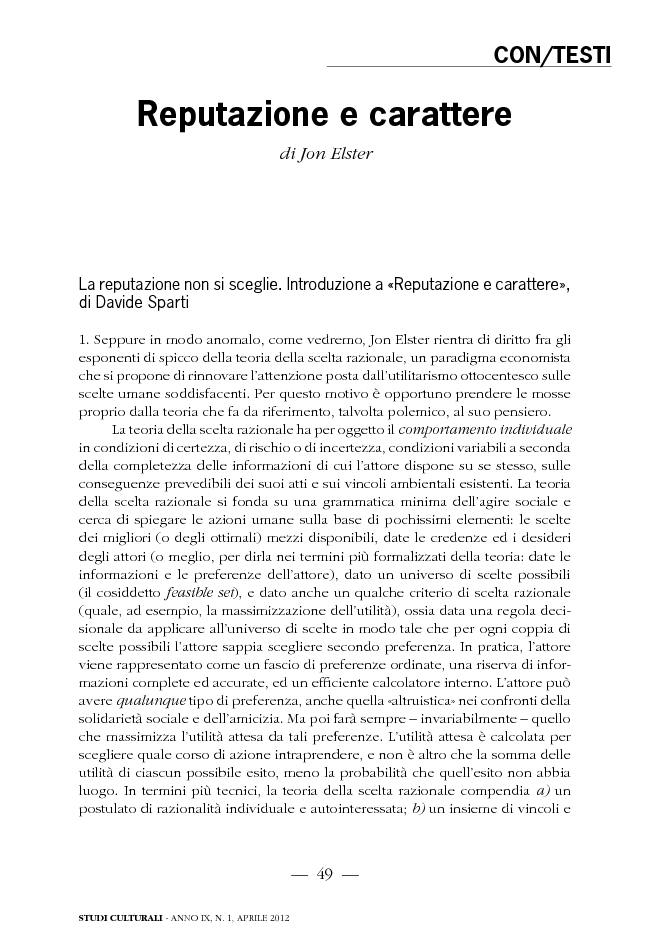