«Berlusconism» is a key problem for contemporary Italian cultural studies. Silvio Berlusconi's political success in the last twenty years is rooted in a long durée dimension of Italian society (anti-statalism, weakness of civic values), as well as in new relationships between politics and the production and consumption of popular culture. Aiming to open a wider debate in this journal, I propose here a survey of some topics raised by the cultural logic of Berlusconism, such as: a) a «pop-politics» in which «higher» and «lower» spheres, serious debates and trash showbusiness, public and private concerns are constantly conflated; b) anti-intellectualism and the struggle against traditional cultural institutions; c) the return of the body as political subject - the leader's body, but also women's bodies as objects of voyeuristic desire; d) the use of the «gift» as a mediator of patronage relationships; e) the pivotal role of commercial television in supporting electoral successes and in creating a «Berlusconian» ethics and aesthetics. 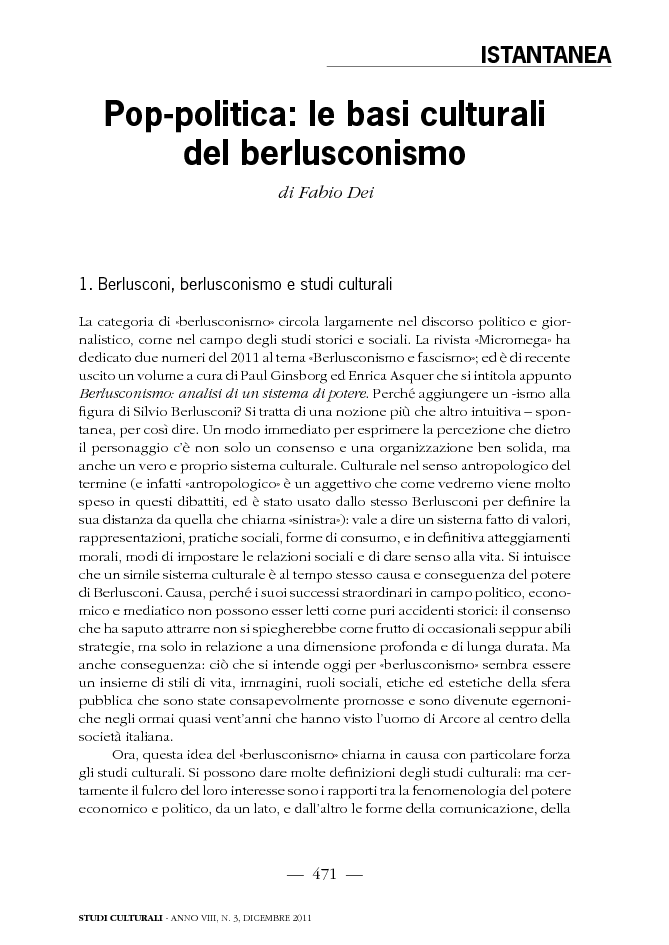