Édouard Glissant's text, offered here in Elena Pessini's Italian translation and preceded by Carminella Biond's introduction, was the author's presentation at the first and only Italian conference on his work, held in Parma in 1995. His most important essay on poetics, Poétique de la Relation, which exposed his theoretic thought as it had evolved in the latter thirty years, had been published five years before. The speech Glissant delivered in Parma is particularly interesting because it represents both a summa, although brief, of his thought up to that moment and a prologue to his forthcoming reflection, which was to be central for the debate leading to the much discussed manifesto Pour une littérature-monde en français, published by «Le Monde» on the 15th of March 2007. This manifesto, although rooted in Glissant's thought, was unnaturally stiffened and for this reason it not only partly betrayed his previous thought, but also encouraged a lively debate whose point of origin is Glissant's work. 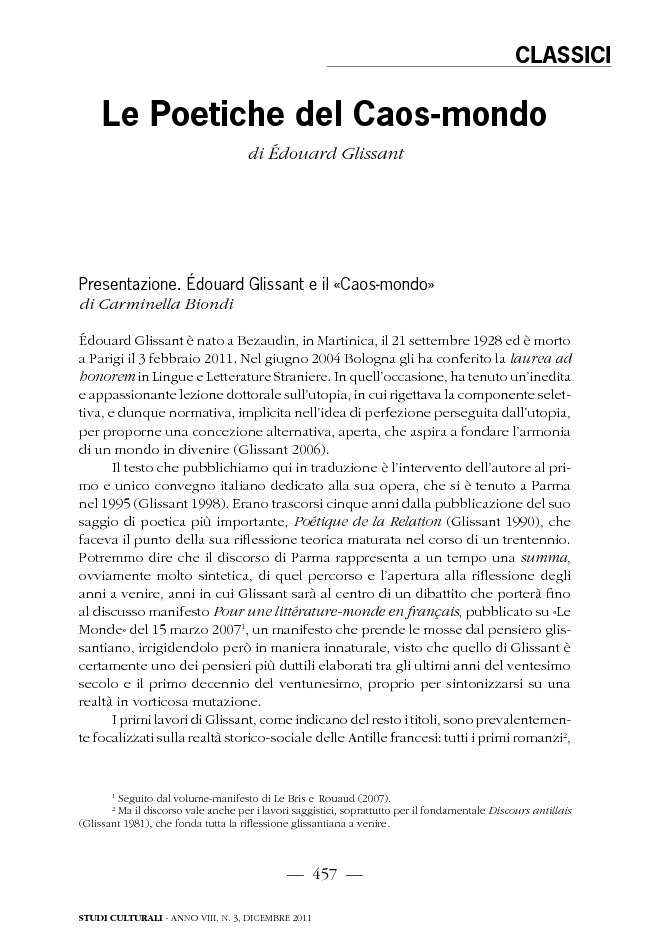