B y the late twentieth century, with globalization, mass tourism and the development of information technologies on a world scale, urban landscapes have become increasingly cosmopolitan, multiracial, and mobile societies. In the light of the rapid erosion of specificity and identity of nations, this work attempts to analyze the way in which traces of national memory might still be incarnated, and the way in which monuments still try to incarnate them. Today, the sacred bond between history and memory has been severed whereas memory constitutes a live, existential link with the past and history is merely a re-presentation of the past. Monuments like the Vietnam Veterans Memorial in Washington or Bibliothek in Berlin thus mark the passage from a magniloquent totemic representation of the past to a deeply contemplative one involving participation that might suggest new urban tactics and points of view. 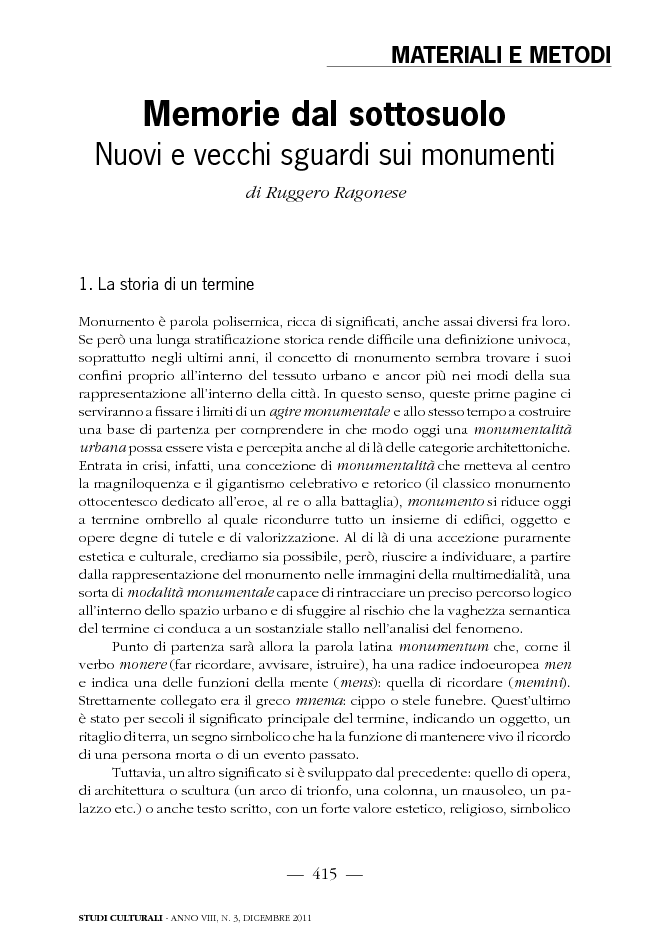