Postcards are banal and stereotyped, but is it possible, through their fictionalized quotations of reality, to get some meaningful information about how a city represents itself not only for tourists but also for its citizens? Through some meaningful examples selected from the archive of the most important local producer of postcards of Bolzano, the aim of this paper is to present the first part of a wider research focused on the construction of the contemporary image of this city, where the traces of its particular story still have an important place. Until 1918 Bolzano was part of Austria, and after WW1 it was annexed to Italy and forcefully "italianized" by Fascism, with a colonial procedure. Today it is a wealthy city where different ethnic and linguistic groups live together peacefully but with several and not entirely hidden conflicts. 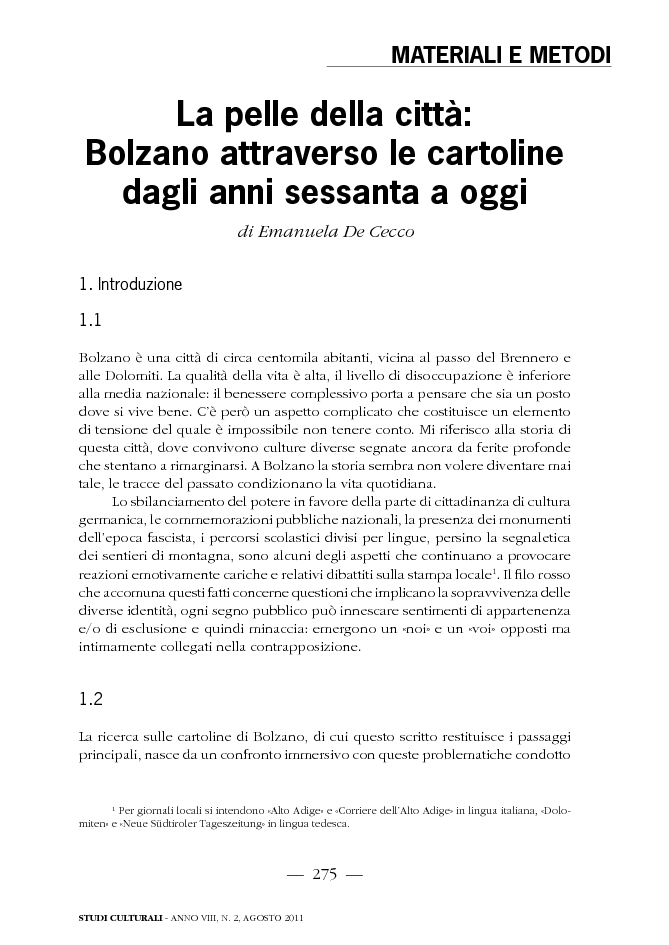