This essay deals with the processes of iconic construction, that is, the attribution of visual-cultural iconic status to a particular photograph. It focuses on the empirical case of the Abu Ghraib torture scandal within the conflict in Iraq and the so-called "war on terror". By investigating the dynamics of the framing and re-framing of the "hooded man" photograph through a variety of practices of productive visual consumption, re-contextualization and re-articulation within different spheres of action (e.g. political, artistic, commercial), the essay develops a conceptual framework which problematizes both the traditionally sociological approach to photojournalistic icons and the mere semiotic analysis of news photographs as texts or discourses, instead benefiting from insights from the interdisciplinary field of visual culture studies in the analysis of the performative and "subjunctive" power of the Abu Ghraib photographs. 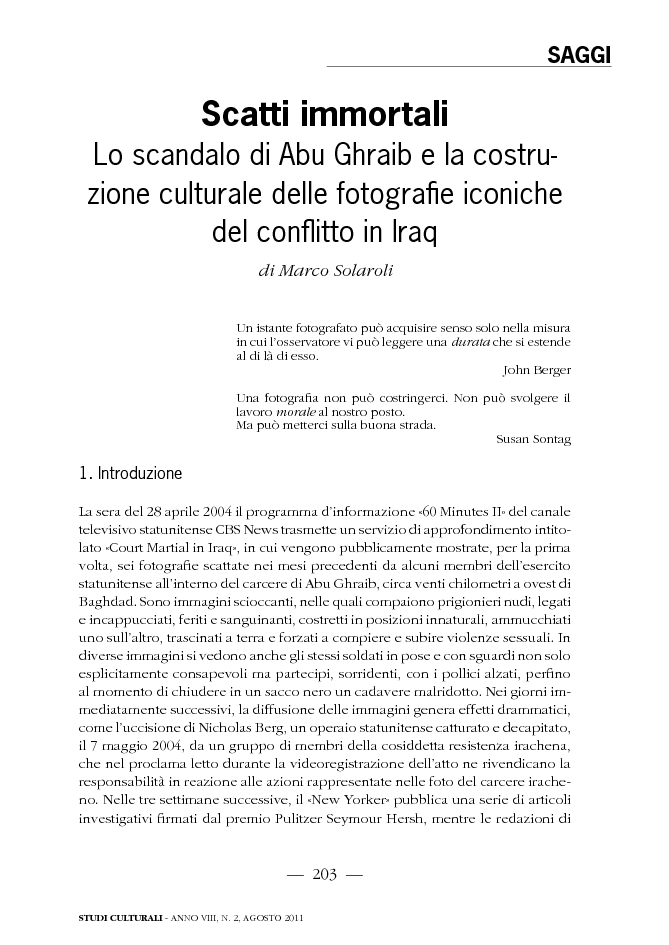