By questioning the documentary turn in visual culture, the essay focuses on the reality status and effect of the image, and on its political efficacy when it refers to traumatic memories and testimonies. What the categories of the document and the documentary mean, in their forms of visibility and practices of knowledge and transmission, is thus discussed through the relationship between trauma studies, visual culture and the genre of documentary cinema. Specifically, the aim is to show how, by looking at theories of the documentary as they are performed and inscribed in two particular texts (Shoah by Cluade Lanzmann and The Specialist by Eyal Sivan), it is possible to think of the documentary turn as an epistemological and artistic interrogation of the forms and forces, of the strategies of fictionalization, montage and truth, of some contemporary representations of the "real" and its "evidence". 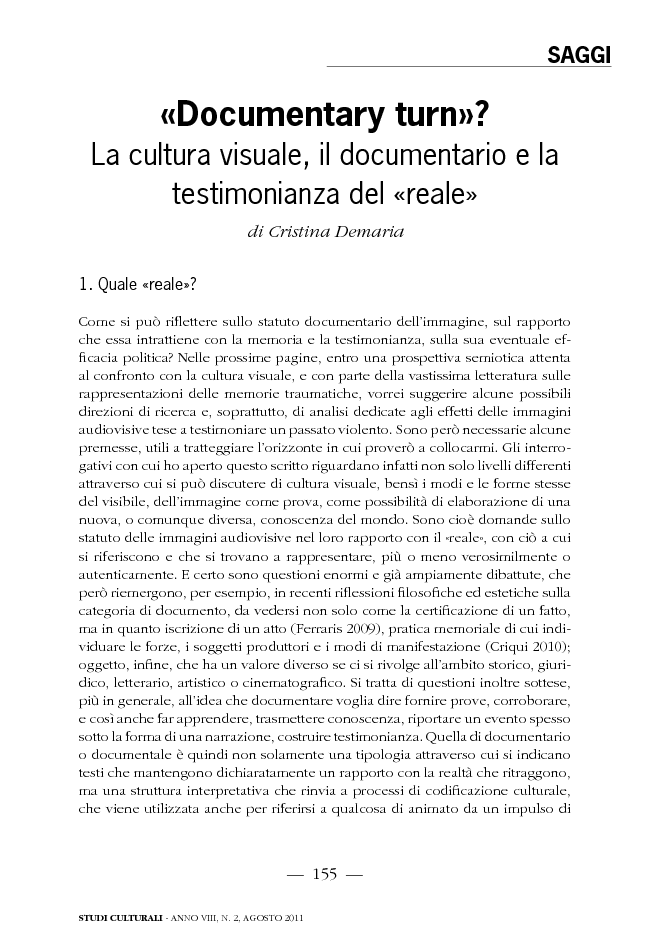