With an ironic but punctual style, one of the most well-known exponents of cultural studies in France, Erik Neveu, traces a genealogy of the relationships between cultural studies of the Anglo-Saxon variety and the French world of human sciences which, as in the Italian variant, has yet to develop an autonomous department dedicated to this discipline. It is a combination of difficult and asymetrical relationships but also, at the same time, an incredibly worthwhile one, above all for the origins of the discipline itself, partly in dept to what was, from a certain period and in a superficial manner, nominated French Theory. It is worth emphasising that from this first French movement which enriched the bibliographies of the founders of cultural studies, there was no corresponding, or at least not with the same productivity, return to source of theories elaborated in the English language. However, and perhaps prevalently, Neveu's writing is a sort of sociology of organisational dynamics and of relational strategies in French academia, which proves a determining factor in understanding the diffidence towards cultural studies, or, at least, in explaining the problematic reception of their methodology and of their object of study. Highlighting their strong empirical vocation, the cause of a reception full of misunderstandings, albeit necessary for a certain scientific rigour, the article ultimately contributes to demythologising certain stereotypes constructed around this area of study. 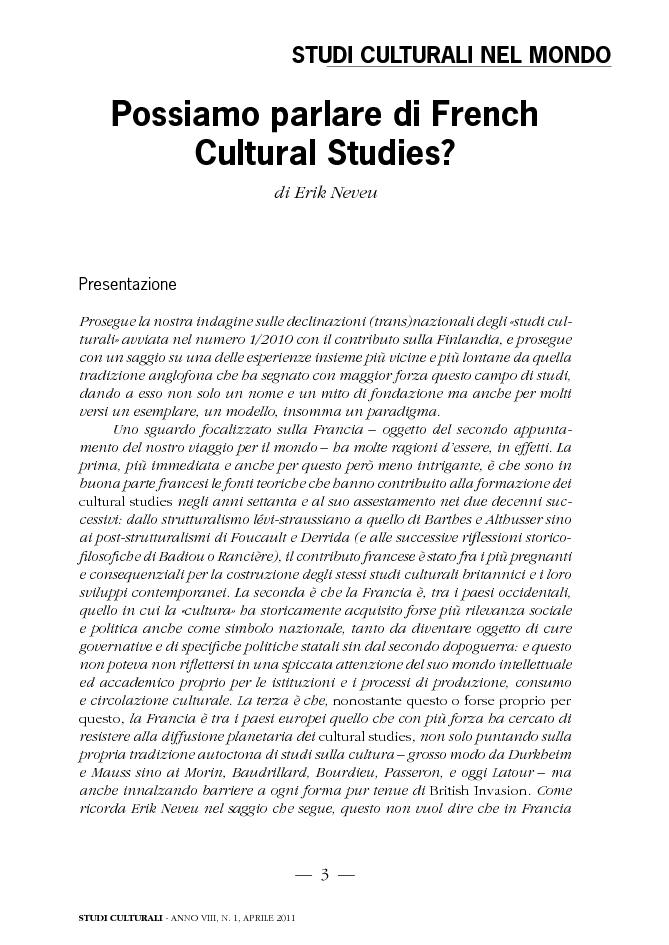