By developing a consistent rhetoric of inadequacy and reproducing a striking process of crisis which takes place inside the author's mind, Susan Sontag's "Trip to Hanoi" seeks to establish a firm connection between the Occidental tradition of interior dialogue and a more personal form of expression, linked to the nationwide radical protest fostered by American intellectuals during the Vietnam war. Caught between various hypotheses of genre affiliation, this broad, epoch-making text aims at rethinking the form of the essay, in Sontag's second book-length collection, "Styles of Radical Will". Her narrative and at the same time critical report conflates her general, untiring commitment to aesthetics into a wider series of interpretive, transcultural and political implications, thus disclosing a glimpse of the agenda of postcolonial studies to come, and, by so doing, justifiably allowing Sontag to hold a stable position in the pantheon of cultural studies. 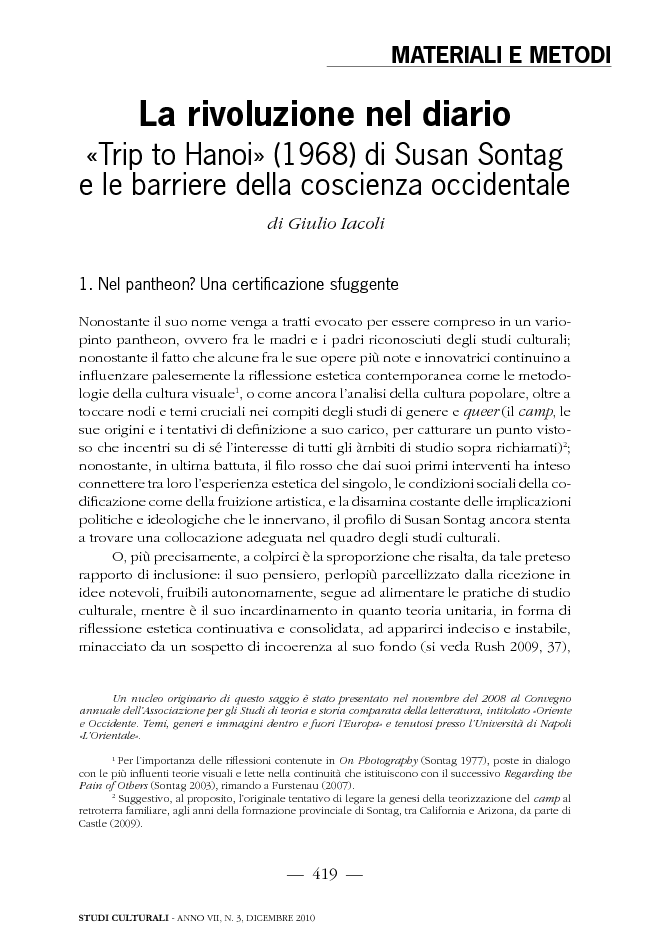