"Cultural studies", looking for a possible political alternative to multiculturalism, has recently put the classic notion of cosmopolitanism under revision. Philosopher Kwame Anthony Appiah has underlined how a cosmopolitan attitude - as an ethical commitment - relies on narrative imagination and evaluative language. Conversations and exercises of evaluation of stories can provide a base for a critique both of absolute universalism and of positivist relativism. This approach invites us to question the contradictory versions, together with their ideological and political stakes, regarding the identity of Leo Africanus. Leo, a Muslim traveller captured by the Christians in 1518 and donated as a slave to the Pope, wrote a broad and rich "Descrittione dell'Africa" in Italian, which, through the publication by Giovanni Battista Ramusio (1550), became a reference in Europe for the geographical knowledge of continental Africa. The ambiguities of his works and life have always been a matter of dispute: Leo, in fact, has become from time to time a symbol of European Renaissance humanism, the bearer of a whole Arab and Islamic tradition, a suspect, if not treacherous crosser, of religious and geographical borders, a national Moroccan hero, a pedagogic example of cultural mediation between East and West, North and South, and finally a perfect historical source of inspiration for contemporary cosmopolitanism. This long and complex history is briefly exposed here with particular attention to the recent new fortune of Leo, marked by the enduring success of Amin Maalouf's novel "Léon l'Africain" (1986) and by the publication of "Trickster Travels" (2006) by historian Natalie Zemon Davis. 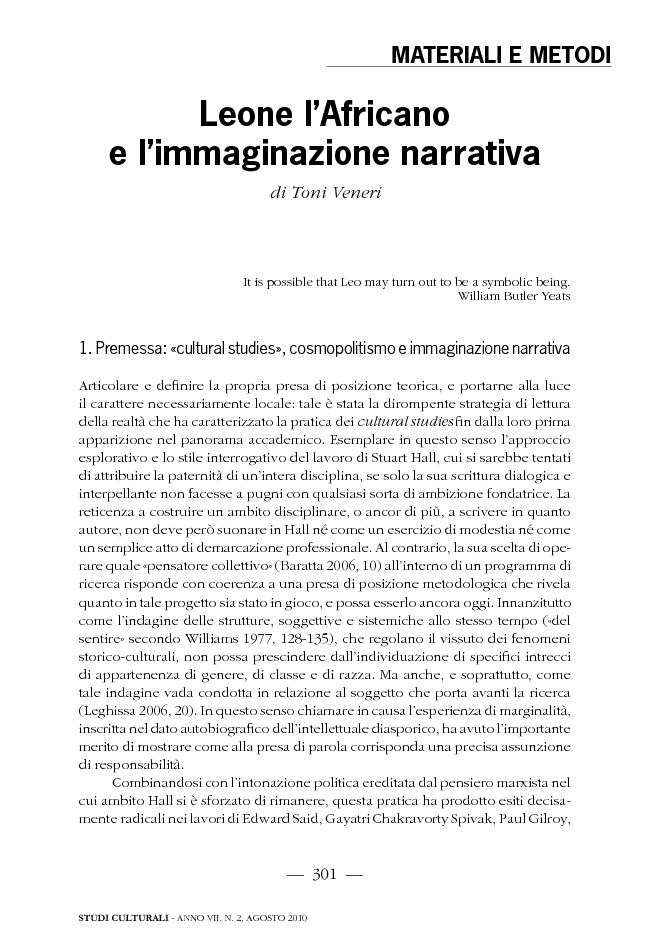