The article describes the relationship between the recent commercialisation of Apple's new portable digital device, the iPad - launched at the beginning of 2010 - and the transformation of the world of publishing, of the cultural industry, and more in general of the forms of circulation of digital culture. In particular, this is focused on four questions. Firstly, we consider the role of the iPad with regard to the actual crisis of book and periodical publishing. Then the article examines the technical system of creation and distribution of the applications and contents destined for the iPad, describing their innovative characteristics and their notable impact on the work of creation and diffusion of content. Successively we consider the critiques levelled at Apple regarding the excessive control - according to some a genuine kind of censorship - wielded by the company with regard to distributed content. In conclusion, the article finishes by tracing a panorama of the future of the distribution of cultural content which sees the confrontation of two different models of the circulation of content: the model proposed by Apple, and exemplified by the commercialization of the iPad, and the free model opened by the Google search engine. 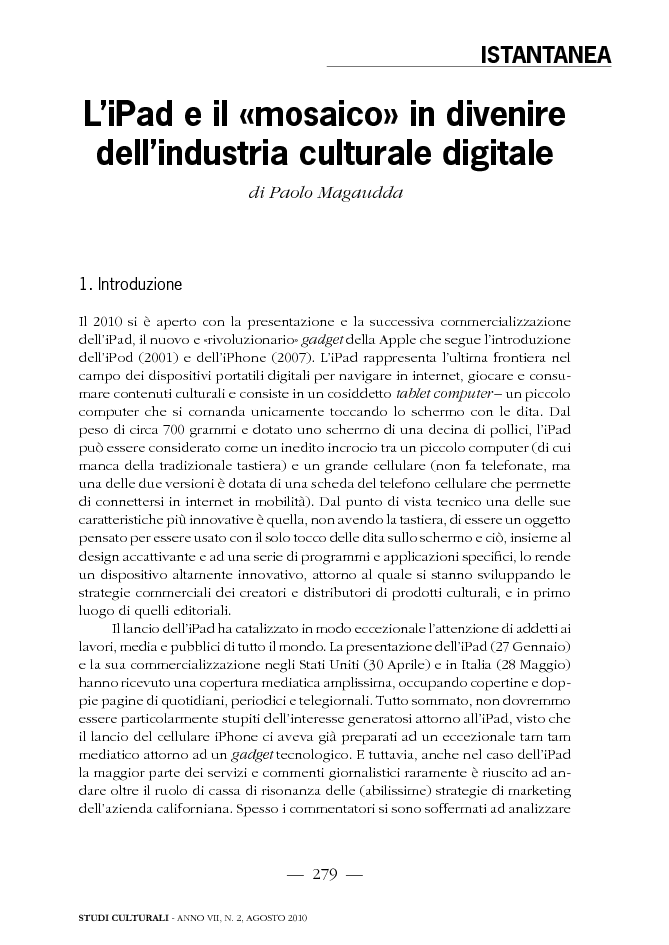