The article offers a critical reflection on the debate aroused by the production of the film "Miracle at Sant'Anna", which hit Italian cinemas last Autumn. Inspired by the novel of the same name by James McBride, the film directed by Spike Lee has triggered fairly fierce argument not so much over the work itself, as much as on the categories of "historical truth" and "artistic license". In this article a further category is added, that of "cultural truth", on the basis of which the author interprets the social meaning of the whole affair, valorising the local dimension as much as the national. 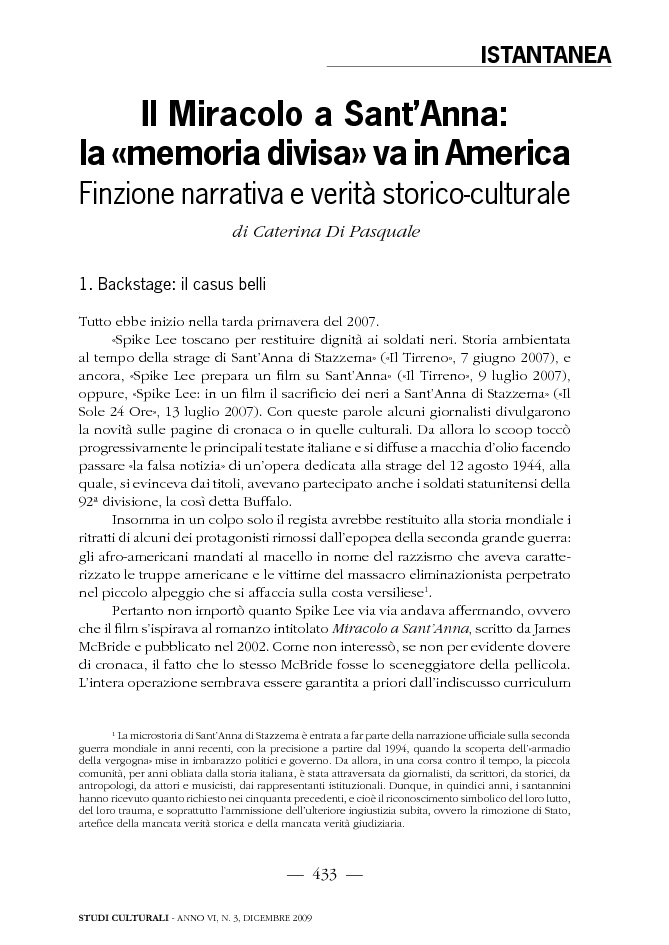