Throughout the last decades, the representation of Gypsies as an oriental race coming from an epic journey from India to Mediterranean has been widely deconstructed, refused, contested and reinvented. In this paper, I consider the process of redefining and remoulding ethnic identity from the point of view of historical narratives, which, between stigma and re-appropriation, have played a central role not only in the critiques of mainstream society's representation of Gypsiness, but also in the involvement in Roma political movements. Adopting some Stuart Hall's categories around ethnic identification - such as the ambivalence of racist discourse, a strategic, selective and dynamic concept of ethnic identity, and the political salience of the representation of ethnicity - I analyze the euristic and political value of the different, interdisciplinary voices which participate in this debate. Representation of Romani identity is a process of ethnogenesis which involves Roma and non-playing with their collective identities, their pasts and their historical narratives. 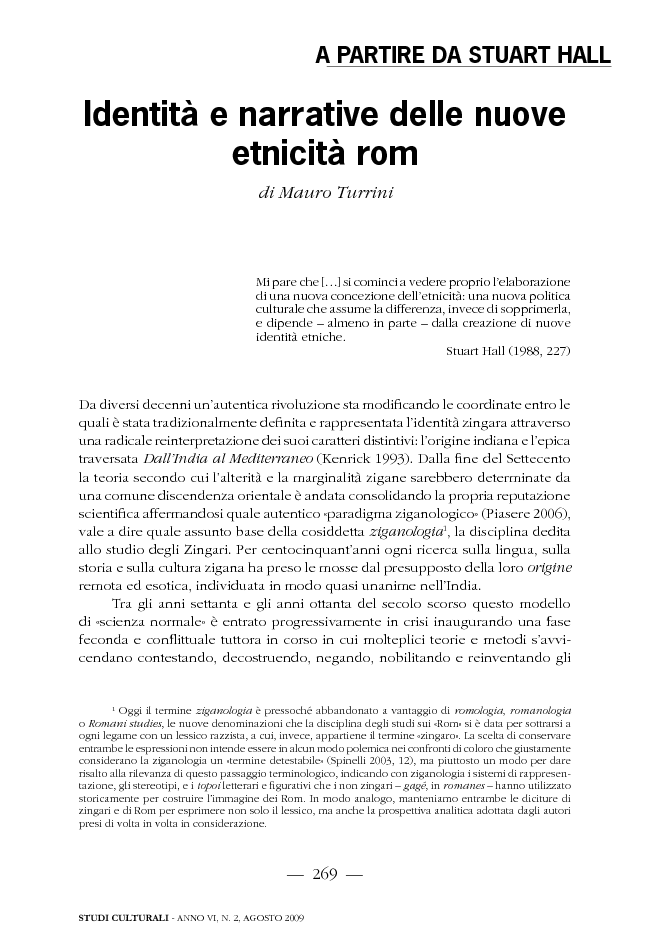