This conversation between Laura Mulvey and Roberta Sassatelli offers a historical reconstruction of Mulvey's work, from her famous essay "Visual Pleasure and Narrative Cinema" (1975) to her most recent reflections on male gaze, film technology and visual culture. The conversation initially deals with the socio-cultural context in which the VP&NCessay was produced by outlining a number of possible theoretical parallelisms with other scholars, from Foucault to Barthes to Goffman. Then, on the basis of Mulvey's latest book "Death 24x a Second" (2005) and of a variety of contemporary examples, the emphasis turns to the relative shift in Mulvey's work from gender to time and visual technology. Finally, the conversation focuses on the concept of "gendered scopic regime" and the potential re-articulation of the male gaze through the technological re-direction and control of the visual. 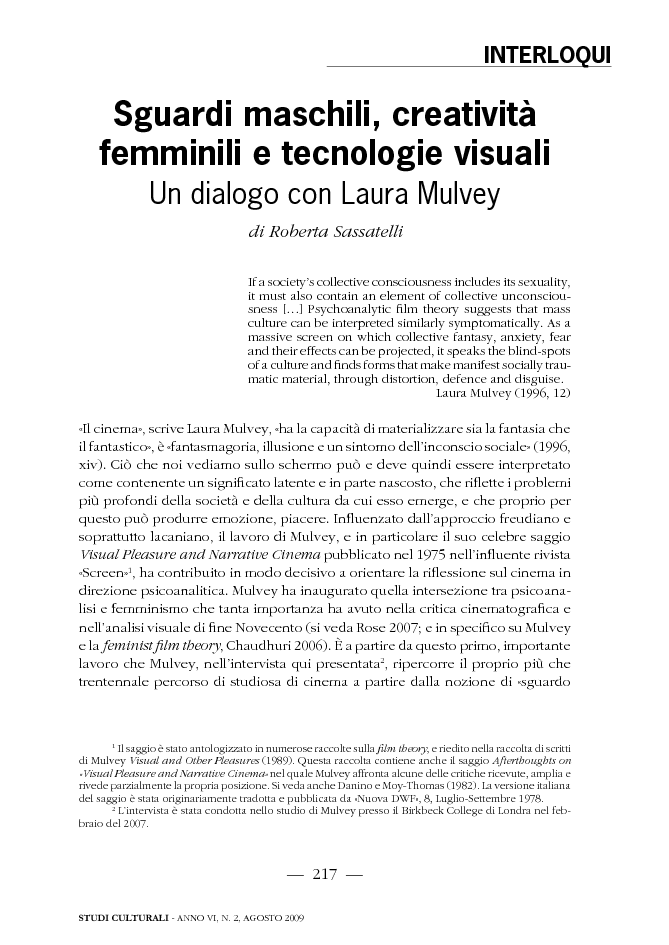