This article focuses on new interdisciplinary theoretical approaches that have come to light over the last two decades proposing a systemic-processual shift within border studies. Following this, it is worth focusing attention on the interplay caused by the triad bordering - ordering - othering that conceives borders not only as demarcation lines, but also as dynamic, processual social practices. Borders are paradoxical structures that, shaped in order to separate and distinguish, signify created and creative spaces for studying the contemporary world-system by adopting a pluri-versal perspective and moving towards a new border epistemology. Within this framework of reflection, the article addresses the case of the African border between Angola and Namibia focusing on its linear part inhabited by the Kwanyama people. We discuss the consequences of the Angola/Namibia border on the Kwanyamas, considering the discursive construction of identity in this process. In so doing, we deal with a discourse created by traditional authorities that expresses the Kwanyama identity along and across the border. 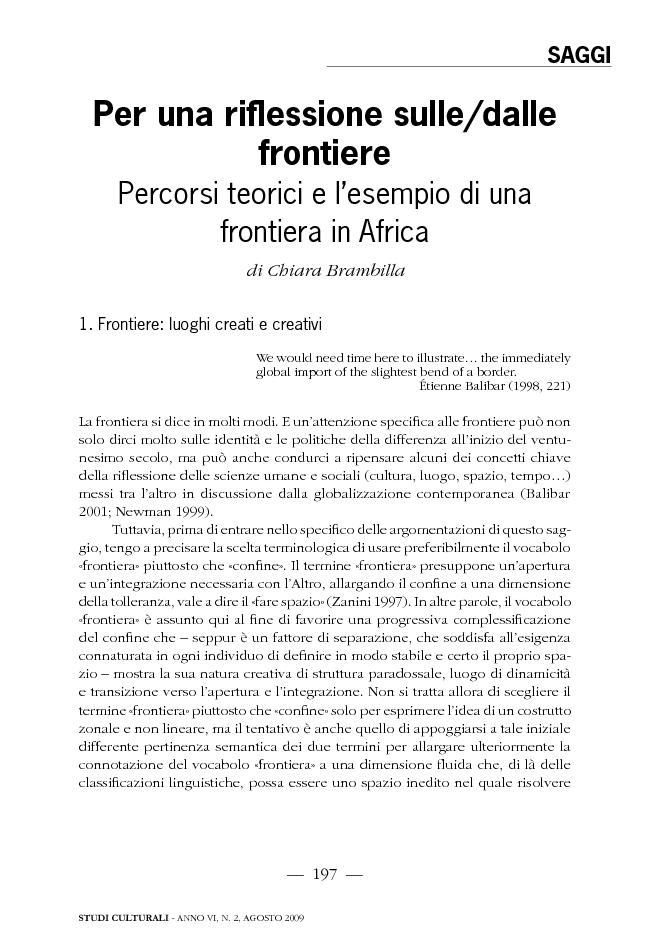